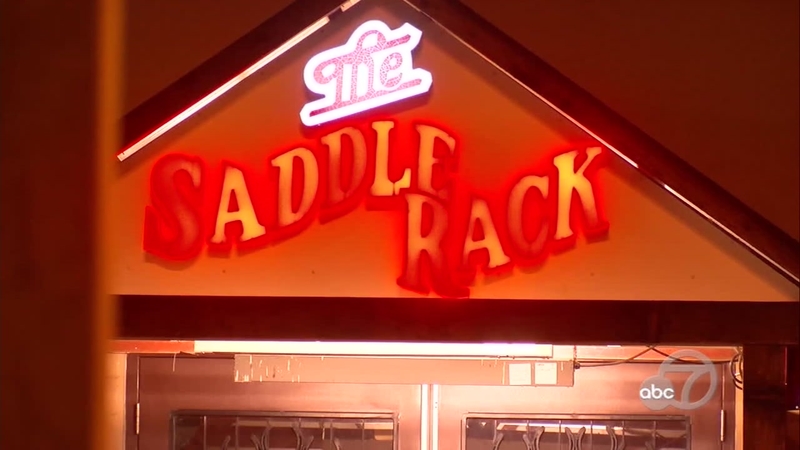 In an update posted to Twitter, the department said they found the man in the parking lot just before midnight and rendered first-aid. The man did not survive.


Suicide Incident - Last night at 11:43 pm, we responded to the Saddle Rack on the report of a shooting. Upon arrival, a male was found in the parking lot suffering from a self-inflicted gun shot wound. Officers immediately rendered first aid, but sadly he didn’t survive. pic.twitter.com/1KK9Kwwzdq

The Saddle Rack is a large, popular country-themed nightclub near the Pacific Commons Shopping Center.

At least one gunshot was enough for Saddle Rack security to force the evacuation of the crowded club.

Taylor Hollis, one of the hundreds inside the venue, recorded video as she escaped. In the video, shared with ABC7 News, Hollis said, "If you're at Saddle Rack partying, please get out."

She continued, "There's something going on. They told everybody to get out. There's police going by me right now." Hollis ends her 18-second video by telling people to, "Please be safe."

Thursday morning, Ashley Sandoval was one of many who returned to retrieve their car, left overnight.

"We were right in there when it happened," Sandoval told ABC7 News as she pointed to the bar's outside patio.

She and her boyfriend were hanging out when suddenly, a security guard yelled for them to get to safety. In the back of her mind, Sandoval said she was thinking about the Borderline Bar and Grill shooting massacre.

Just two weeks ago, a gunman shot and killed 12 people during a popular "College Country Night" event at a bar in Thousand Oaks.

"We had already been talking about the shooting that happened and we were like, 'Oh, worst case scenario,' he's like, 'Just stay away from the door,' you know?"

Sandoval said she never thought a shooting would happen at The Saddle Rack.

Patrons tell our media partners at the East Bay Times, the man appeared to have taken his own life in this parking lot after a verbal altercation inside the club.

"It could've been a different situation," Sandoval said. "Instead of just like, what happened to him, it could've been like multiple people involved and I'm just glad it wasn't like that."