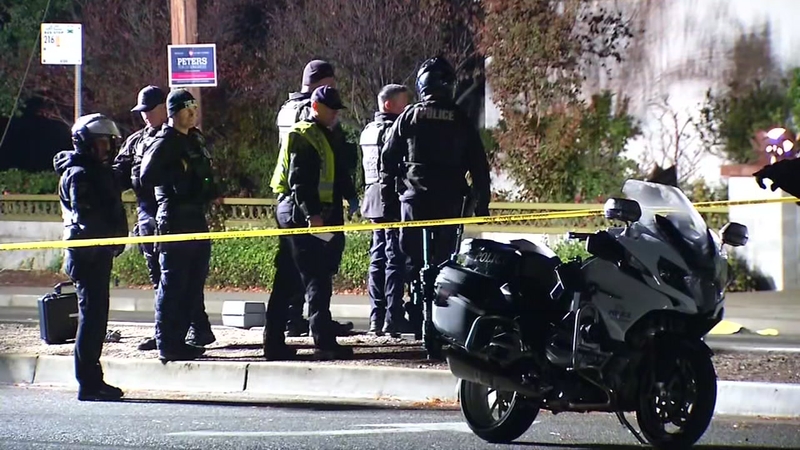 FREMONT, Calif. (KGO) -- Police are looking for an alleged hit-and-run driver accused of killing a woman and her dog Friday night in Fremont, police said.

It happened around 8:30 p.m. in front of the Buddahanusorn Thai Temple on Niles Boulevard, according to Fremont PD.

Witnesses told police the car hit the pedestrian and her dog in a crosswalk at the intersection.

"The driver of the vehicle stopped and walked over to the pedestrian. The driver then returned to his vehicle and drove away," police said.

Traffic officers working the Niles Holiday Parade nearby rushed over, along with Fremont Fire and paramedics, but both the woman and dog died at the scene, according to police.

The victim has not yet been identified.

Police released the following description of the suspect and car:

"The driver is described as a white male (unknown age). The vehicle was described as a light-colored 4-door sedan. The driver was last seen driving northbound on Niles Blvd towards Union City. Responding officers checked the area but were unable to locate the suspect. The vehicle likely has front end damage."

Northbound Niles Boulevard is closed between Rock Avenue and Linda Drive for an investigation.

Police say this is an "active scene," and drivers should expect the lanes to be closed for "a few hours."