Kristen Bell sings 'Do you wanna be his prom date?' in 'Frozen'-themed promposal 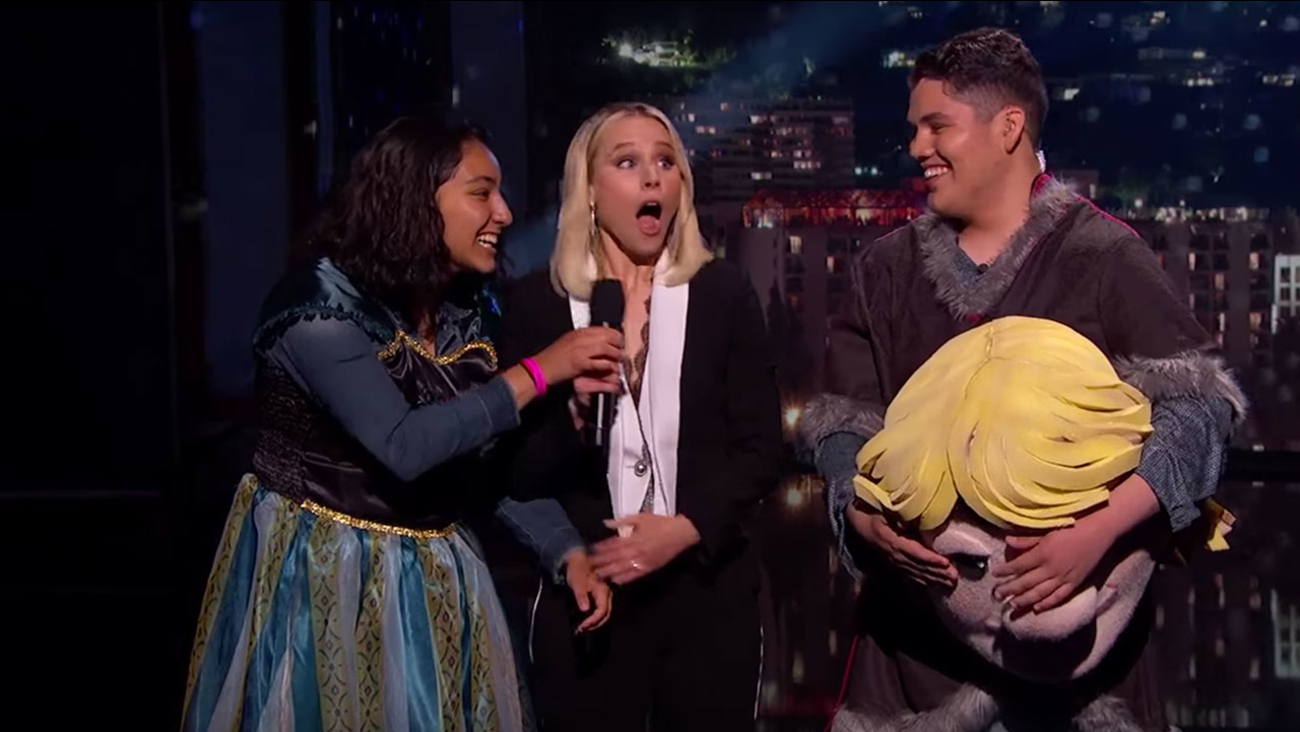 This promposal could thaw a frozen heart. One high school student asked the question in an elaborate, Frozen-themed stunt with the help of none other than Kristen Bell.

Bell, who voices Princess Anna, was guest-hosting Jimmy Kimmel Live! on Thursday while Kimmel stays home with his newborn son. Bell set up the sweet moment by convincing a Los Angeles high school student, Sarah, that she was playing a game for prizes.

The game was that Sarah and another contestant were dressed up like the princesses from Frozen and had to go find someone dressed as Kristoff outside Kimmel's studio. Unbeknownst to Sarah, she was playing against an actress, and under the costume was a school friend, Michael. He wanted to ask her to prom, but he needed Bell's help to do it.

"Do you wanna be his prom date? And go with Michael to the prom?" she sang to the tune of "Do You Wanna Build A Snowman?"

As Bell kept singing, Sarah grabbed the microphone to tell Michael yes, and the pair hugged as Bell finished up her song.

The teens received the ultimate prom package, including a glam session for Sarah, a tux rental for Michael and a stretch a limo.