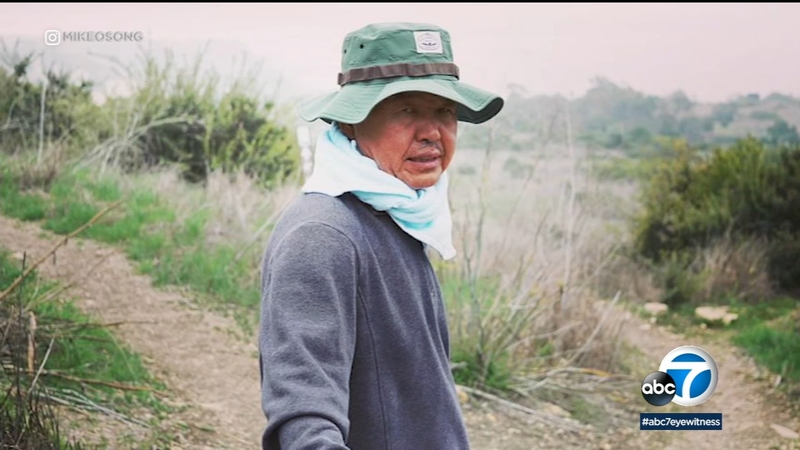 LOS ANGELES -- A 73-year-old hiker was found safe Thursday after going missing days earlier near Mount Pinos, which sits on the border between Ventura and Kern counties, officials said.

"MR. SONG HAS BEEN FOUND!" the Ventura County East Valley Search and Rescue team tweeted shortly before 12:30 p.m. referring to Gab Song. "He is in good condition."

Song had last been seen early Tuesday when he went for a hike -- just before a bout of winter weather slammed Southern California, bringing a drop in temperatures and snow to local mountains.

It's those conditions that had Song's family worried.

"Once we knew that his phone was off, we just kept calling and by the time it was 10 p.m., started getting worried - really worried... Definitely a feeling of crazy urgency, knowing that the temperatures are going to be in the teens," said his son, Mike Song, who is a co-founder of the dance group The Kinjaz.

Song's family describe him as an avid outdoorsman, but said he was only dressed for a daytime hike. Song also suffers from high-blood pressure.