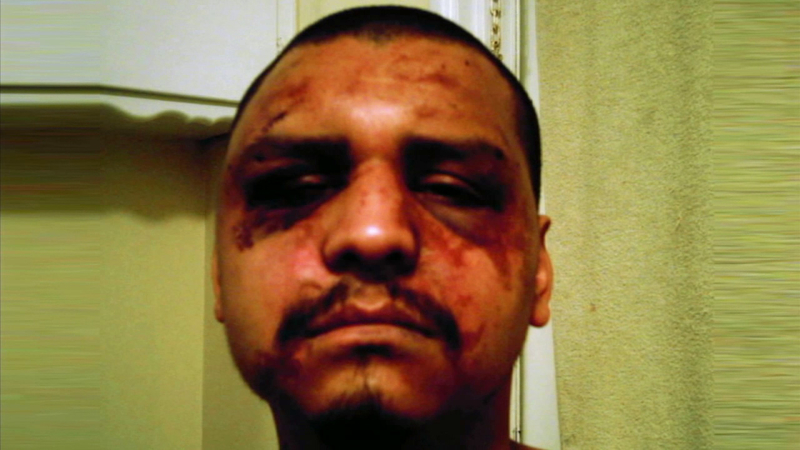 LOS ANGELES -- The man who was handcuffed and beaten while visiting his brother at the Los Angeles County Men's Central Jail won a major legal victory on Friday.

Gabriel Carrillo has been declared innocent, and the records of his wrongful arrest have been sealed.

Carrillo faced 14 years in prison for a crime he didn't commit.

He was severely beaten in February of 2011 after an exchange of words with deputies over hidden cell phones.

"A word out of frustration can be taken to a whole other level," Carrillo said.

Carrillo was beaten and pepper sprayed while in handcuffs, then was framed by the deputies who claimed he had beaten them.

"When I regained consciousness, I was on my back with my head bouncing off the floor," Carrillo explained.

On Monday, the man who supervised and covered up his beating, former LASD Sergeant Eric Gonzalez, was sentenced to eight years in federal prison.

Four other deputies have either been convicted or pleaded guilty in the case.

"The district attorney's office took the word of these deputies as gospel. The criminal defendants are people to be listened to," Carrillo's attorney Ron Kaye said.

Carrillo received closure on Friday as a Los Angeles County judge ruled he is factually innocent and records of his wrongful arrest which were based on false reports are now sealed.

"Which was the right outcome, you know it would have been beyond a travesty had I went to prison for something I didn't do. I mean I'm sure there are people doing prison time for things they haven't done," Carrillo said.

Carrillo said he feels lucky and hopes his case serves a lesson.