California Gov. Newsom recall effort: Who is behind it, who signed it and why

To explore deeper that question of just who is behind the Newsom recall and why, ABC7 went inside the organizers' Northern California headquarters in the final weeks leading up to the signature deadline.

SAN FRANCISCO (KGO) -- As Governor Gavin Newsom faces a recall election, the question of who is behind the recall effort, who signed it and why has become a defining part of the governor's strategy to defeat it.

At first, Newsom brushed off the effort, but once it became clear it would pass, Newsom and the Democratic establishment honed in on their messaging and began calling the recall a power grab by the extreme right wing.

To explore deeper that question of just who is behind the recall and why, ABC7 News Originals went inside the recall organizers' Northern California headquarters in the final weeks leading up to the signature deadline.

Inside the Roseville office, we met Orrin Heatlie, the former Yolo County Sheriff's sergeant who founded the "Recall Gavin 2020" petition, along with a group of volunteers who passionately explained their reasoning for signing it. For many, it began long before the start of the pandemic -- back to Newsom's very first year in office in 2019.

"One of the first things that he did was to suspend the death penalty indefinitely," Heatlie explained of Newsom's decision to put a statewide moratorium on the death penalty. "He did that unilaterally over the will of the people."

A volunteer named Edit, who was in the mailroom helping organize signatures, opened up a signed petition with a similar note scribbled on it. "'When Newsom took the death penalty off the table, he broke the law,'" the note read. "'Certainly no one person has any right to overturn the established will of the people.'"

"I mean, we get notes like that. This is a real thing. This is the people doing this," chimed in another volunteer, Andrea Hedstrom.

Hedstrom was an anomaly among the group. She was the only registered Democrat in the room and the only one who didn't vote for President Trump in the 2020 election.

Perhaps, most surprisingly, her young son is named Gavin after Gavin Newsom, a decision she and her husband made when they moved to California 10 years ago.

"I felt like California was kind of the land of opportunity and equality and inclusion and everybody's cared for," Hedstrom explained. "And we landed in the Bay Area in Marin County, just a few miles from where, you know, Newsom was living and I had followed his politics."

Since then, Hedstrom's family moved to Sonoma County, where they found more affordable housing. In 2017, after being displaced by the Tubbs Fire, they moved to the suburbs of Sacramento, where they live now.

"I'm still a Democrat in my heart, in a lot of ways, because I think that it is the party of compassion and inclusion, but this is not compassionate," she said, "To kill businesses, to drive people out of state, to keep children out of school."

Another volunteer told us she was also supporting the recall because of the toll school closures have had on her kids. "It's really difficult for these kids, and it's difficult as a parent to see what they're going through," she said.

And another volunteer, an immigrant from Hungary, said she was driven to support the recall over fears of censorship. "I know what happened to people who spoke up against the narrative and communism," she explained.

But at some points things did veer off into conspiracies. One volunteer brought up a false conspiracy theory about the Dominion voting software and suggested election fraud may have helped Newsom win. "How'd Gavin get into office?" he questioned.

Another volunteer questioned why our team was wearing masks. "You're standing there talking to me with a mask on and there's debate over the science," she told us.

RELATED: Map shows where the most recall Gavin Newsom signatures came from in California

We also overheard Heatlie on the phone with a recall supporter who remarked that the pandemic wasn't real. When we asked Heatlie if he felt like he should correct her, he said it wasn't his place.

"I feel like everybody's entitled to their personal opinion and it's not my job to educate people on the pandemic," he said.

Heatlie, however, did say he "absolutely" believes in the pandemic and that he has family who had been hospitalized from it.

Still, these are the kinds of comments looming over the recall effort as Democrats ramp up their strategy against it.

Heatlie himself has been the target for his own controversial comments. According to the Washington Post, Heatlie wrote in a Facebook post, "Microchip illegal aliens. It works! Just ask animal control." The post has since been taken down and Orrin later said it was hyperbole.

"There are people in Switzerland that are attending chipping parties, OK, it's a way of means of tracking people and things like that," Heatlie explained further in an interview with ABC10 in Sacramento. "I just want to put it on the record that I am adamantly opposed to government intrusion in people's lives where forced microchipping, forced vaccines or forced tattooing."

But Newsom and his team have consistently pointed to this post to bolster their argument. "This is, and forgive me, a Republican-backed recall where the principal proponent of the recall effort wants to microchip immigrants," Newsom recently told reporters.

Political analysts say it's not so cut and dry.

VIDEO: What does it take to run in the California recall? A few thousand dollars, some signatures, and a dream

"Who is behind it? Are there conspiracy theorists? No maskers? Qanon people? People that don't believe in climate change? All of that? Yes. Absolutely," ABC7 News Insider Phil Matier explained. "But that's not the million plus that signed the petition."

"I know a lot of people, even Democrats, that are very frustrated with the governor right now. I don't know if they're ready to recall, but they want to send a message," he added.

Although people from all sides of the political spectrum may have signed the petition, there is still a stark divide down party lines. A poll from the Public Policy Institute of California found 79% of Republicans would vote for the recall. But among Democrats, 79% would vote against it. This, in a state where Democrats outnumber Republicans two to one.

"I think he's under-stepped his power," former San Francisco Mayor Willie Brown said in support of Newsom. "There's so many things that his executive power should have given him the courage, or whatever, to do what he needed to do."

Former Governor Gray Davis, who was recalled and removed from office in 2003, said Newsom has nothing to worry about.

"I don't mean to be mean to people, but this is a vanity project because there's no way they're going to win," Davis said. "The Republicans have 26% of the votes. Come on. If you get every single vote, you're still way behind."

Timing is also believed to be on Newsom's side. By the time voting happens, many people may forget the frustrations they had during the pandemic.

Heatlie is keenly aware this could happen.

"Unfortunately, the electorate has a short term memory, and you know, he may stand a chance of gaining some ground back and boosting his popularity," Heatlie acknowledged.

Heatlie said if the recall does not pass, and Newsom remains in office, he'll still feel like he had some success.

"I'll feel as if we've done everything that we could do to give an opportunity to this state to take corrective action," he said.

But would he launch another recall?

California recall election: Everything you need to know about the race against Gov. Gavin Newsom 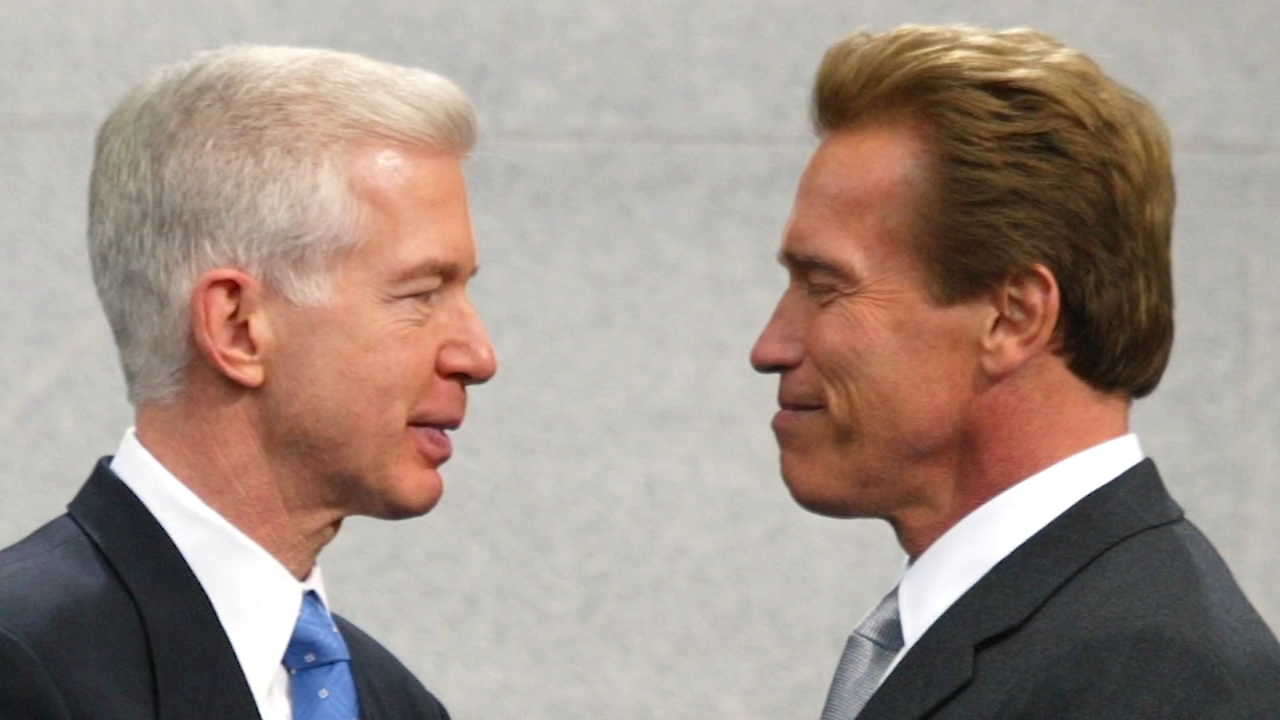