George Floyd civil settlement: Family speaks out after landmark decision, calls it 'another step towards justice' 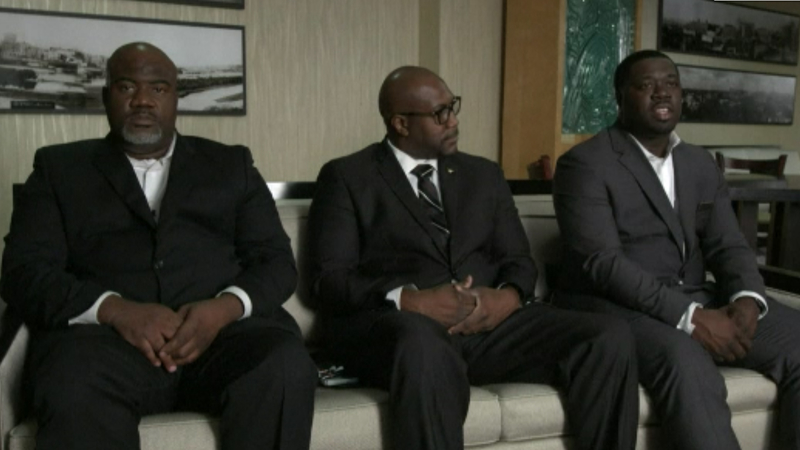 That sum is one of the largest pre-trial settlements in a civil rights wrongful death lawsuit in the U.S.

Floyd's family sat down with ABC News after the settlement was announced, saying there's still a long way to go.

"Another step towards justice. History was made and it felt good, but it's not the ultimate goal," Floyd's nephew Brandon Williams said.

RELATED: George Floyd's family settles with Minneapolis for $27 million over his death

"Twenty-seven million dollars is just money. I'll never get my brother back. And I'll take back by giving all of that money back to get him, but I can't," he said. "It's good for his kids; they will have the opportunity to grow up and be doctors, lawyers, they'll be able to fulfill every desire that they want to fulfill. But they will forever have holes in their hearts."

After the decision on Friday, Minneapolis City Council stood shoulder-to-shoulder with Floyd's family.

"No amount of money can ever address the intense pain or trauma caused by this death," Council President Lisa Bender said.

The anniversary of Breonna Taylor's death is Saturday, and her family is still seeking justice.

Floyd's youngest sister, Bridgett, said in part "I am pleased that this part of our tragic journey to justice for my brother George is resolved."

She added, "While we will never get our beloved George back, we will continue to work tirelessly to make this world a better, and safer, place for all."

The settlement came down as jury selection is underway. Seven jurors are seated in the trial for Derek Chauvin, the former police officer charged with second-degree murder and manslaughter in Floyd's death last May.

The judge reinstated a third-degree charge of murder this week. Chauvin pleaded not guilty.

"Right now is the time. Minnesota has to make the decision," Philonise Floyd said.