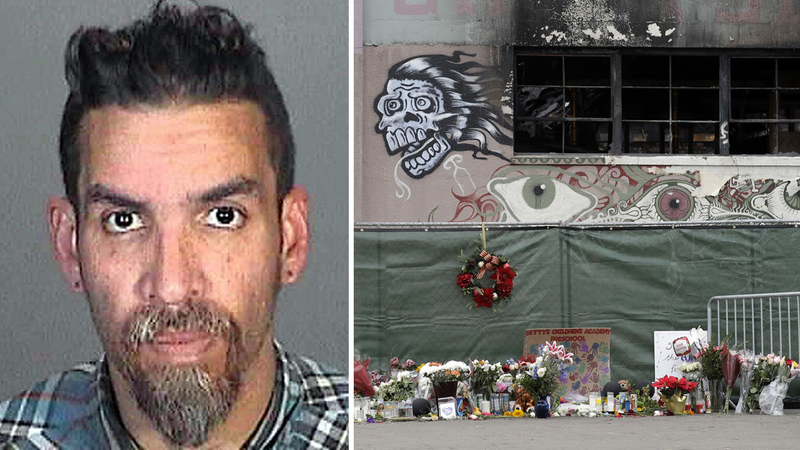 OAKLAND, Calif. (KGO) -- Two men face criminal charges for the 2016 Ghost Ship Fire in Oakland that claimed 36 lives. One of the defendants, Derick Almena, is speaking out for the first time after a judge threw out his plea deal. In the interview you'll see only on ABC7 News, Almena blasts his sentencing judge and city officials.

Almena spoke via a video hookup from Santa Rita Jail. He told ABC7 News he was stunned when a judge dismissed the deal that would have resulted in a nine year jail sentence for him.


Almena says he has always been remorseful for the fire that took the lives of 36 people and that the judge took quotes from his written statement out of context.

"You know," he said, "If you take anything out of context you can twist it around and make it seem like it was about me. This statement was about everything. I have been remorseful on this since the moment this happened."

Almena also blasted city officials and he read from a statement, which he says the judge prevented him from reading during Friday's hearing.

"Of course you heard from our honorable Mayor Libby Schaaf," he said. "Her lies about the city having no knowledge of the Ghost Ship and her continued lies about government agencies having entered the warehouse."

Almena tells us he doesn't know what's next for him, but he feels the judge's decision means he won't be able to get a fair trial.

"No way," he said. "It's impossible to get a fair trial. They misquoted me. This has been orchestrated to the highest degree."

The Ghost Ship boss says he was set up and has already been tried in court of public opinion.

"So now I am guilty internationally," Almena said. "Because I have admitted no contest. No guilt. So how am I going to find a jury that hasn't heard me say I am guilty? I am guilty of allowing this to happen. I am guilty."

The Alameda County District Attorney says it is not commenting on Almena's interview because the case remains "an active matter."

Almena and Harris now face life in prison in a jury trial. They could also negotiate new, separate plea deals.

They are due back in court this Friday.