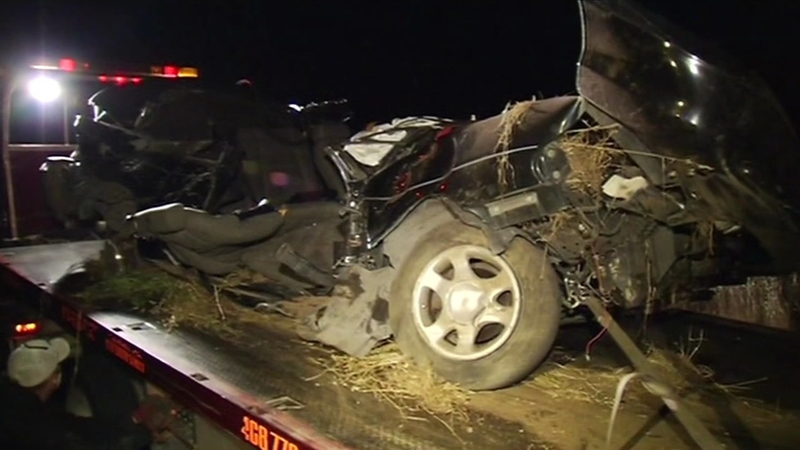 The driver, 23-year-old Gilroy resident, Anthony Imbronone, was the lone survivor. He was arrested for a felony DUI and could also face vehicular manslaughter charges.

Imbronone remains in the hospital with a head injury.

All four victims have been identified and three of them were 18-year-old girls, seniors at three different high schools in Gilroy.

Christopher High School lowered their flags in memory of Williams, who was a student there, and the other victims.

"I'm sure she didn't know when she got into the car that this was going to happen. I don't think any of them knew," Williams' sister Jennie Weiler said.

The CHP says Imbronone was travelling at a high rate of speed eastbound on Leavesley Road at around 10:30 p.m. on Tuesday. He lost control of his vehicle and it overturned several times and ended up in a ravine.

"There's always a tab to pick up, so think about this the next time you're taking that drink and you decide to get behind the wheel," Andrew Sanchez, a family friend of the Williams family, said.

Christopher High School, where Williams attended school, had another student pass away over the weekend.

Natalie Salcido, 15, died in an auto accident, too.

Counselors have been brought in to support students, staff and their families.

"We just lost a Christopher High student just a few days ago, and it's like, then another devastation hits Gilroy, you know. It's just crazy," Sanchez said.