GM to increase electric vehicle investment to $35B through 2025 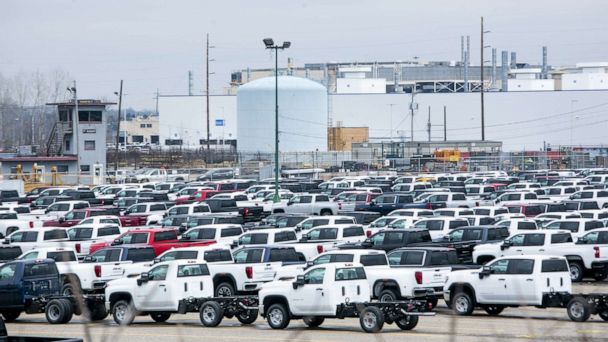 General Motors has announced it will increase its investment into electric and autonomous vehicles to $35 billion through 2025.

"We are investing aggressively in a comprehensive and highly-integrated plan to make sure that GM leads in all aspects of the transformation to a more sustainable future," Mary Barra, GM chair and CEO, said in a press release.


Before the pandemic, GM announced an initial $20 billion investment in electric and autonomous vehicles.

GM said the investment will accelerate the company's Ultium battery production in the United States, with plans to build two new manufacturing plants for the electric batteries by mid-decade.

"There is a strong and growing conviction among our employees, customers, dealers, suppliers, unions and investors, as well as policymakers, that electric vehicles and self-driving technology are the keys to a cleaner, safer world for all," Barra said.


The money will also go toward expanding the rollout of electric vehicles for customers. GM said last year it would deliver 30 new electric cars to the market by 2025.

"GM is targeting annual global EV sales of more than 1 million by 2025, and we are increasing our investment to scale faster because we see momentum building in the United States for electrification, along with customer demand for our product portfolio," Barra said.