Some weekend visitors to Fort Mason in San Francisco are facing citations after the National Park Service says they and others left behind piles and piles of trash.

SAN FRANCISCO (KGO) -- Some weekend visitors to Fort Mason in San Francisco are facing citations after the National Park Service says they and others left behind piles and piles of trash.

Neighbors say it was a sea of people and trash.

"Crowds are one thing, but this was another. This was like a giant frat party. I mean, it was just garbage, beer cans and beer bottles," said .one local resident.

"What we found during the cleanup were tables, brand new coolers, brand new barbecues, half eaten food," said Alexandra Picavet, with the National Park Service.

Picavet says crowds at Fort Mason have been growing over the last couple years, especially when the weather is nice. She's dubbed them "trash mobs."

Other popular green spaces in the city, like Dolores Park, have also been straining under the weight of crowds and trash. The city spends about $400,000 a year just to cleanup weekend garbage.

At Fort Mason, the National Park Service works with conservation groups to pick up the garbage left behind after special events. But this weekend there were no event permits issued, so park police were overwhelmed.

"There were hundreds of people here and we did have law enforcement here throughout the day. They were giving citations for safety. There were two assaults," said Picavet.

The organizer is a contestant for an event called Mr. Marina. He did not want to be interviewed about his fundraiser. Instead, the woman who puts together the Mr. Marina competition talked with us.

"I think that what happened and the mess that was left behind at Fort Mason on Saturday was really unfortunate. It's sad to see that anyone in San Francisco would leave a mess like that," said Brianna Haag, a Mr. Marina organizer.

Haag says Mr. Marina is a tongue-in-cheek pageant to raise money for the Leukemia and Lymphoma Society.

She has reached out to the National Park Service to try and turn this weekend into a teaching moment. 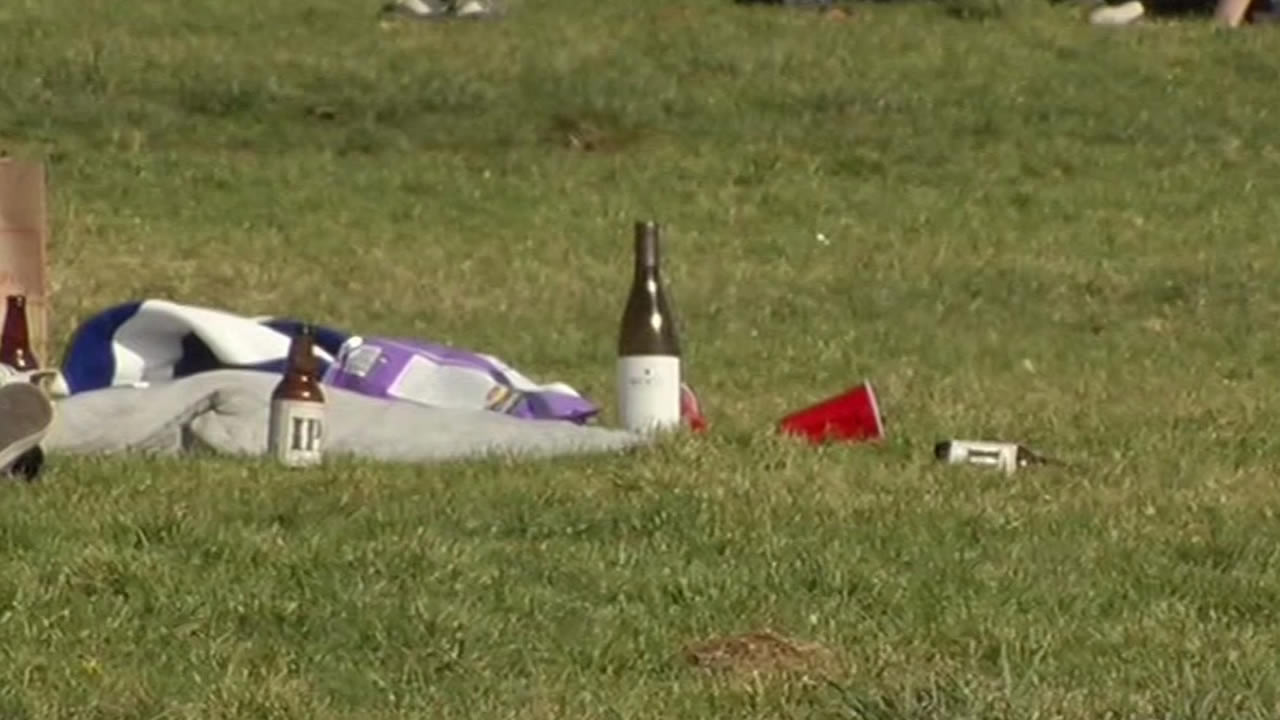