SAN FRANCISCO (KGO) -- The calendar says April 20, but for marijuana advocates the date is 4/20 and the annual chance to gather by the thousands to smoke it.

The California Highway Patrol sent out a warning on Twitter reminding people cannot drive while high.

Just because it's #420 doesn't mean you can drive while high. We will be looking for impaired drivers! https://t.co/B6tZaegZzC

There were several pot parties on Monday. Several thousand people were lighting up at UC Santa Cruz and about 10,000 gathered at Hippie Hill in San Francisco's Golden Gate Park.

Random fights erupted along Haight Street where police estimate 1,200 partiers hung out Monday night. San Francisco police say they made five arrests at the event -- one for assault with a deadly weapon for hitting someone on the head with a bottle, two more for outstanding warrants and two for intoxication.

There were two people received head injured because some bottles were tossed from the top of Hippie Hill. That occurred before 4 p.m.

Paramedics say they answered calls from people who ate marijuana-laced food and became dizzy or passed out. 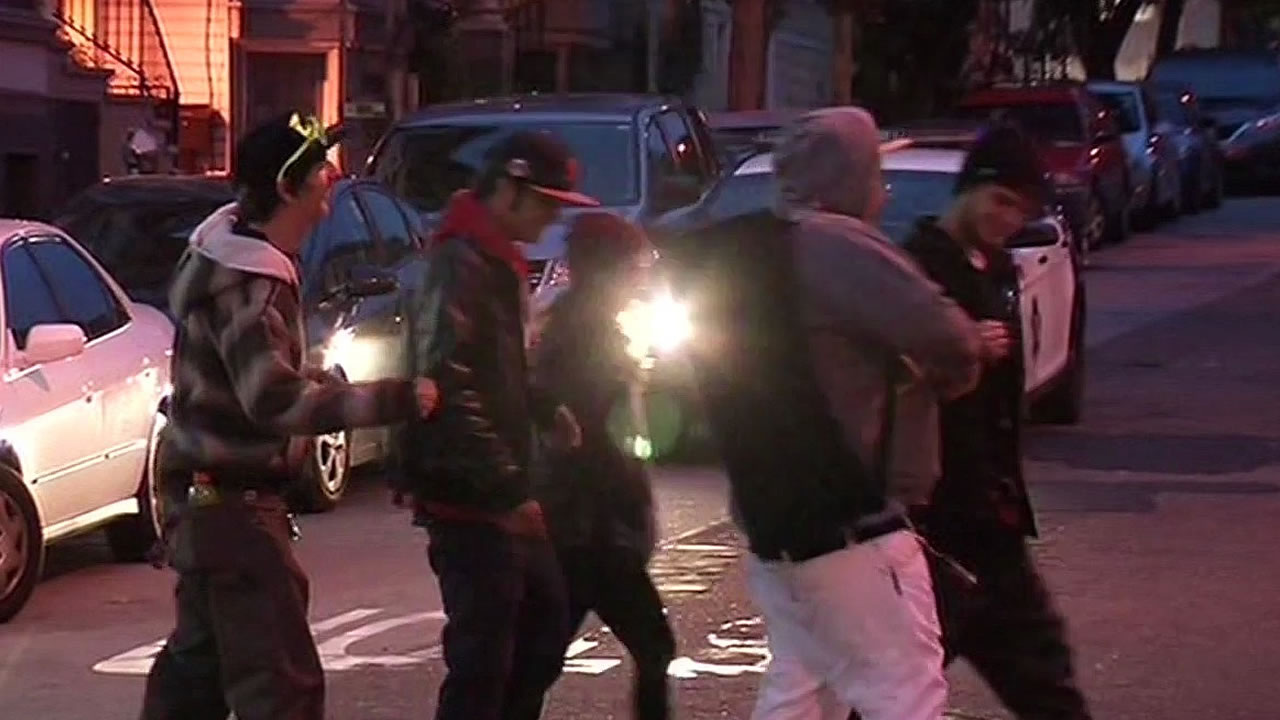 At 4:20 on 4/20 a large puff of smoke was the hallmark of the entire event. Thousands of people from far and wide came to the city for this celebration of bud. There were even people from states where it is now legal to openly smoke marijuana, such as Colorado.

One issue this year was the potency of some of the edibles. Rick Velasquez of Vallejo, who was selling them, warned, "It's really strong. So that's why I say it's not for a lightweight."

There has been a push to legalize recreational use of pot in California, but opponents of that effort like Lynn Fox, Ph.D., say today's marijuana is especially dangerous for teens.

"The reason is the addiction is quicker, the drug is stronger, youth are thinking that 'Hey, it's not as bad as tobacco'," Fox said.

At the Hippie Hill event lots of 16 and 17-year-olds told ABC7 News they skipped classes to be there and some drove in from as far away as Fresno. Though everyone at the 420 event is a fan of sparking up, not everyone is fully behind legalizing it for recreational use.

"I don't think so, because I'm a 215 card holder myself and I really like the way it's set up in California right now," Sacramento resident Taylor Johnson said.

And since it's still illegal in California, the event in San Francisco is without an official sponsor, so the city has to pick up the bill for security, traffic management and clean up. The Green Cross dispensary has organized about 30 volunteers to help pick up trash in the park and they're offering more help for further clean up.

"As a community nonprofit, we are donating, we pledge to donate $5,000 for the clean-up efforts," Green Cross president Kevin Reed said.

If voters ever decide to legalize open pot use in California, Reed says his group will sponsor future 420 Day celebrations.

San Francisco police shut down Kezar Drive at 2 p.m. Monday to one direction of traffic. That was to help manage the crush of people flowing into the park.

As for the origin of 4/20, a group of former San Rafael students told ABC7 News reporter Carolyn Tyler last year, they coined the term in the 1970's. The group would meet after school at the statue of famed chemist Louis Pasteur. They would talk about how to find an abandoned cannabis crop they'd heard about and smoke pot. They'd call it the "420 Louis" meeting. It eventually became just 420.