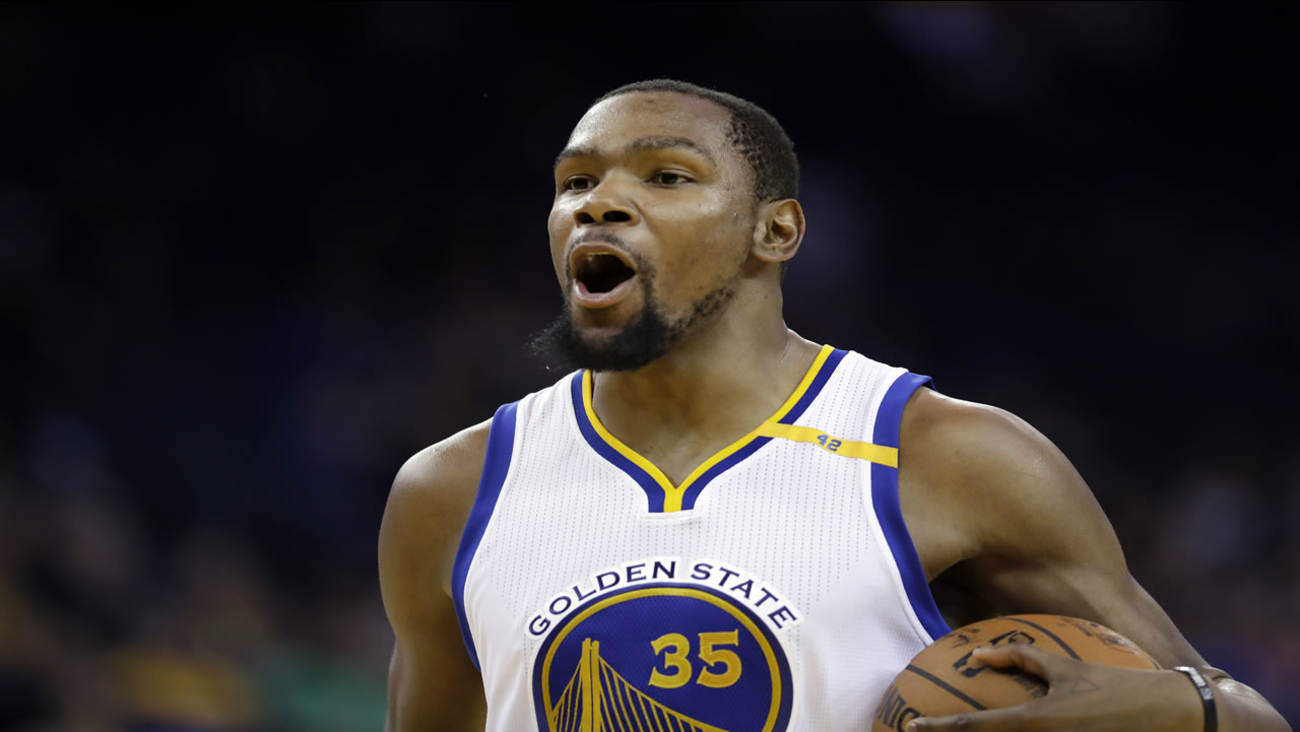 Golden State Warriors' Kevin Durant (35) reacts to a foul call during the second half of an NBA basketball game against the Miami Heat Tuesday, Jan. 10, 2017, in Oakland, Calif. (AP Photo/Marcio Jose Sanchez)

Kevin Durant returns to Oklahoma City tonight for the first time since leaving the Thunder for Golden State.

It's a good bet he will get a mixed reaction from the fans as many were extremely upset that he left town for the Warriors.

This is the third meeting of the teams this season with Golden State having won the first two.

IT'S GAME DAY! The Dubs continue their road trip with a visit to Oklahoma City » https://t.co/YWLWULXvrM pic.twitter.com/YO3jTWOC19

Dub Nation, ABC7 is your home for the Warriors' showdown today with the Thunder.

Catch all the action as the Dubs play in Oklahoma City.

Join the us and the Dubs on ABC7.