The Warriors also had the 28th selection in 2019, selecting Jordan Poole out of Michigan.
AP
By JANIE McCAULEY 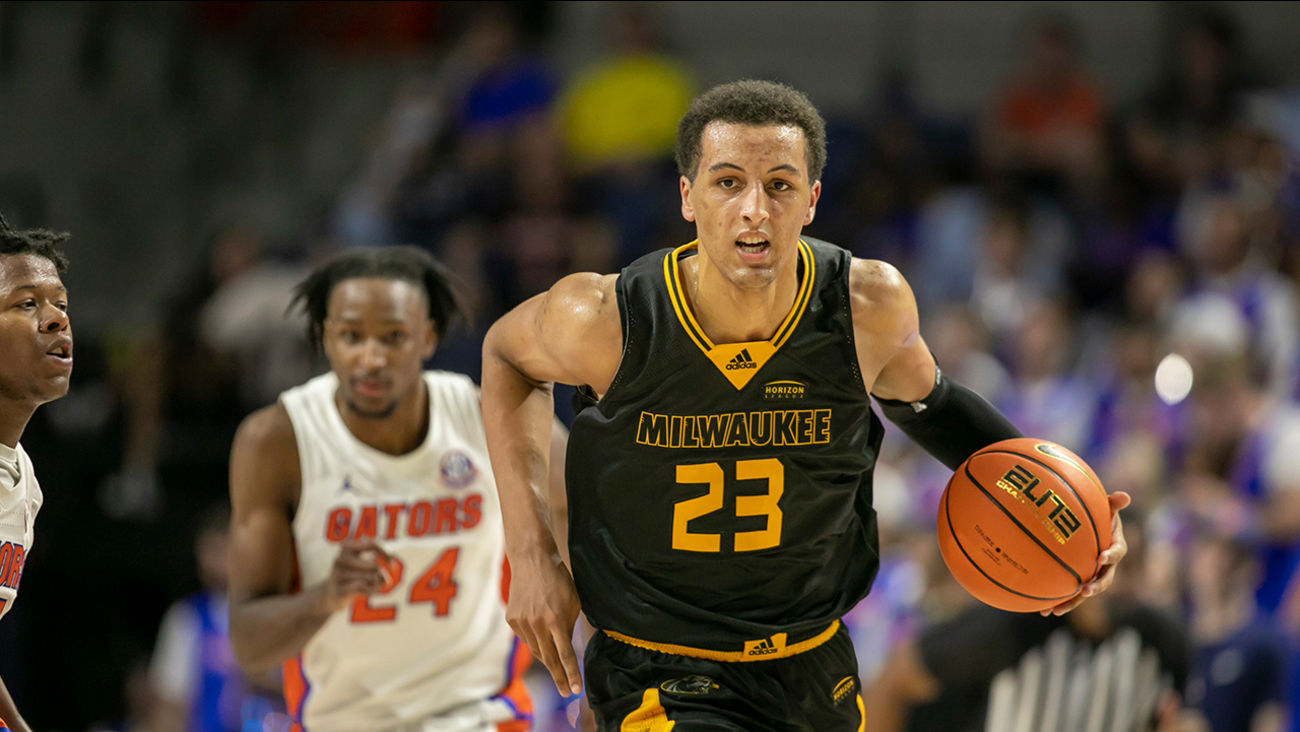 The 6-foot-9, 220-pound Baldwin missed much of his lone college season with a nagging left ankle injury, averaging 12.1 points and 5.8 rebounds in 11 games - and he likely will have ample time to develop early on with the newly crowned NBA champions.

Golden State general manager Bob Myers has said it will be a priority to bring back as many of the team's free agents as possible to make a run at a repeat.

That means a youngster like Baldwin will be given time to learn the system and work his way into contributing for coach Steve Kerr, who likes to give everyone on the roster a chance.

Watch two hours of the NBA Warriors Championship in San Francisco from ABC7 that aired on June 20, 2022.

"It's a hard lineup to crack because we have some older guys," Myers said of the youngsters being able to contribute immediately. "Depends on who we sign in free agency. Depends on if they're better than the rookies we have now."

Myers and his front-office staff had a matter of days to prepare for the draft, much like has been the case for Golden State during its run to dynasty status with six NBA Finals trips in eight years and four championships during that span.

"High-class problem. We've done this five times, so this is six," Myers said. "I didn't know that we'd be doing it again. But we have done it before."

The Warriors also had the 28th selection in 2019, selecting Jordan Poole out of Michigan.

Poole spent time in the G League before emerging as a star this season.

"This year the challenge is going to be retaining the free agents," Myers said. "These players off this team now that are free agents are going to command maybe more interest than some of those guys did."

Center James Wiseman - the second pick by the Warriors in 2020 - missed the entire season recovering from right knee surgery, and he continues making positive strides and is planning to take part in summer league at some capacity. Wiseman learned from watching Kevon Looney.

"It's a big summer for James, and good news is he's doing really well," coach Steve Kerr said this week.

Jonathan Kuminga and Moses Moody, both coming off stellar rookie seasons, also are scheduled to play in summer league either in San Francisco or Las Vegas.

The Golden State Warriors returned to the Bay Area Friday evening after winning their 7th NBA title and fourth in the last eight years.