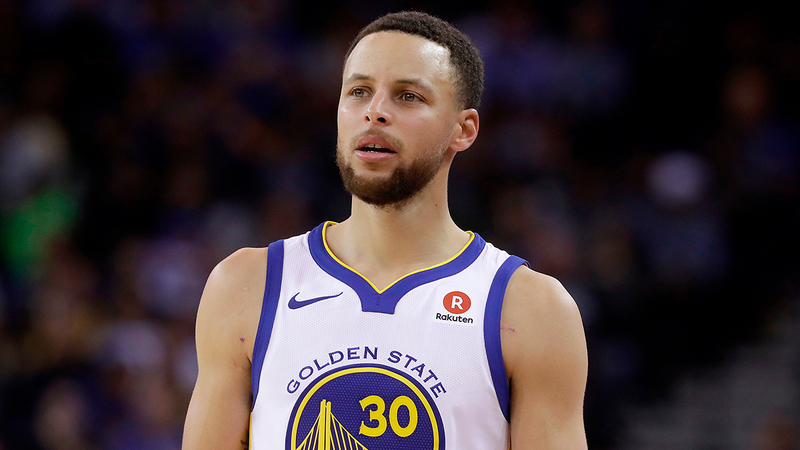 SAN FRANCISCO (KGO) -- Golden State Warriors Guard Stephen Curry is making headlines off the court for his belief that humans haven't landed on the moon. He made the comments during a podcast stirring up quite the debate.

At Chabot Space and Science Center there's no shortage of exhibits dedicated to moon exploration.

Perhaps none greater than a moon rock Apollo 15 astronauts brought back to earth in 1971.

"When you take a sample of moon rock and put it under analysis you find it's lacking in water," said Astronomer Ben Burress.

Burress wants to know why Curry doesn't believe we went to the moon.

Chabot even played a role in the Apollo program.

"Our 20-inch refracting telescope Rachel was used during the Apollo program in their optical tracking observatory," said Burress.

NASA Astronaut Scott Kelly tweeting, "Steph, so much respect for you, but re the moon landing thing, let's talk. DM me."

After ABC7 News Reporter Melanie Woodrow asked NASA engineer Bobak Ferdowsi, popularly known as the "Mohawk guy" what he thought, Ferdowsi tweeted back, "Send him over."

Even Curry tweeted a cool looking smile emoji wearing sunglasses along with a CNN article that NASA had offered to give him a tour of one of its lunar labs.

Astronomers at Chabot Space and Science Center say NASA probably has more to show Stephen Curry, but he's welcome any time he likes at Chabot to check out their moon rock and telescope.