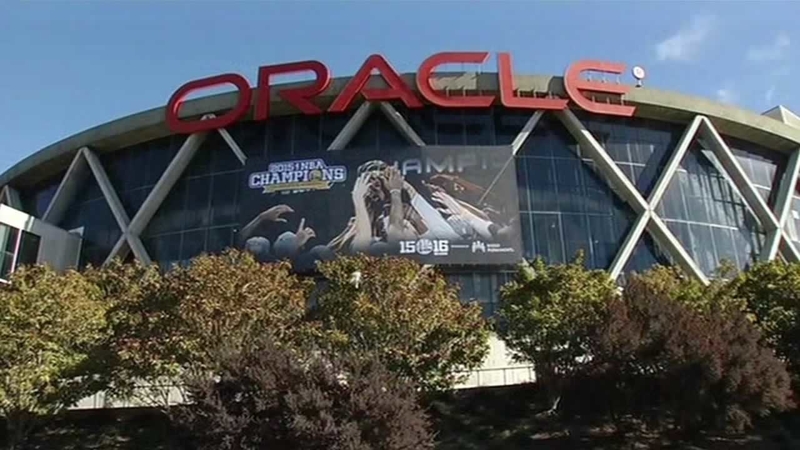 OAKLAND, Calif. (KGO) -- The Golden State Warriors are just three games away from breaking the record for the longest perfect start of the season. They are 13-0 and Warriors hysteria is back.

Fans began lining up at 11 a.m. Friday. The first 10,000 fans get a replica NBA basketball trophy.

Win number 14 would put the Golden State Warriors just two games away from breaking the NBA record for best start of the season.

Thursday night's game was a nail biter as the Warriors came back from a 23-point deficit to win it.

"Last night was great, one of the best comebacks I've seen in my life," one fan said.

Here it is! The @NBA replica trophy. The first 10,000 @warriors fans get one. #DubNation pic.twitter.com/kM2fmp5u23

Going after that record and the chance to get a free miniature replica of the NBA trophy won by the Warriors was an incentive to get to Oracle Arena early on Friday.

The trophy is named after Larry O'Brien, a former NBA commissioner. After the team won, the owner of the Warriors confessed he had slept with "Larry" in his bed.

"I want my Larry, my own Larry, thank you very much, I'm not going to sleep with it though," fan Jimmy Malenburg said.

Getting last-minute tickets was nearly impossible.

"I think I will because I'm hopeful because today is my birthday. I hope I score for my birthday," fan Kimmy Ward said.

Unfortunately for her and some of the other lonely fans, they were all sold out.