A group of very motivated protesters showed up once again at a big Google event in Silicon Valley.

SAN JOSE, Calif. (KGO) -- A group of very motivated protesters showed up once again at a Google event in Silicon Valley.

Silicon Valley Rising is concerned about the tech giant's plans for a new development in Downtown San Jose and its impact on local residents.

About a dozen protesters held signs and tried to talk to attendees as they went inside the San Jose Convention Center for Google's annual marketing conference.

The activists and the residents they say they represent fear the development plans of an 8-million square foot campus near the Diridon Station would cause homelessness and displacement to skyrocket.

They want Google to pay for an affordable housing fund, commit to certain workers rights, support local schools and help with traffic issues.

The city of San Jose is currently holding monthly "station area advisory group" meetings to address some of these issues.

In a statement, Google's public affairs manager Javier Gonzalez said, "We want an open dialogue with the San Jose community surrounding our proposed development. Through the city-led Station Area Advisory Group and our own outreach to community groups, we are listening to and working with the community and government officials, who know San Jose best, to be a part of the solution for the concerns surrounding housing, gentrification, displacement, and employment opportunities."

Maria Noel Fernandez of Silicon Valley Rising said, "I have nothing to tell the community in terms of what's actually happening with this project and what Google is going to do to mitigate its impact."

The next station area advisory group meeting is scheduled for August 13. 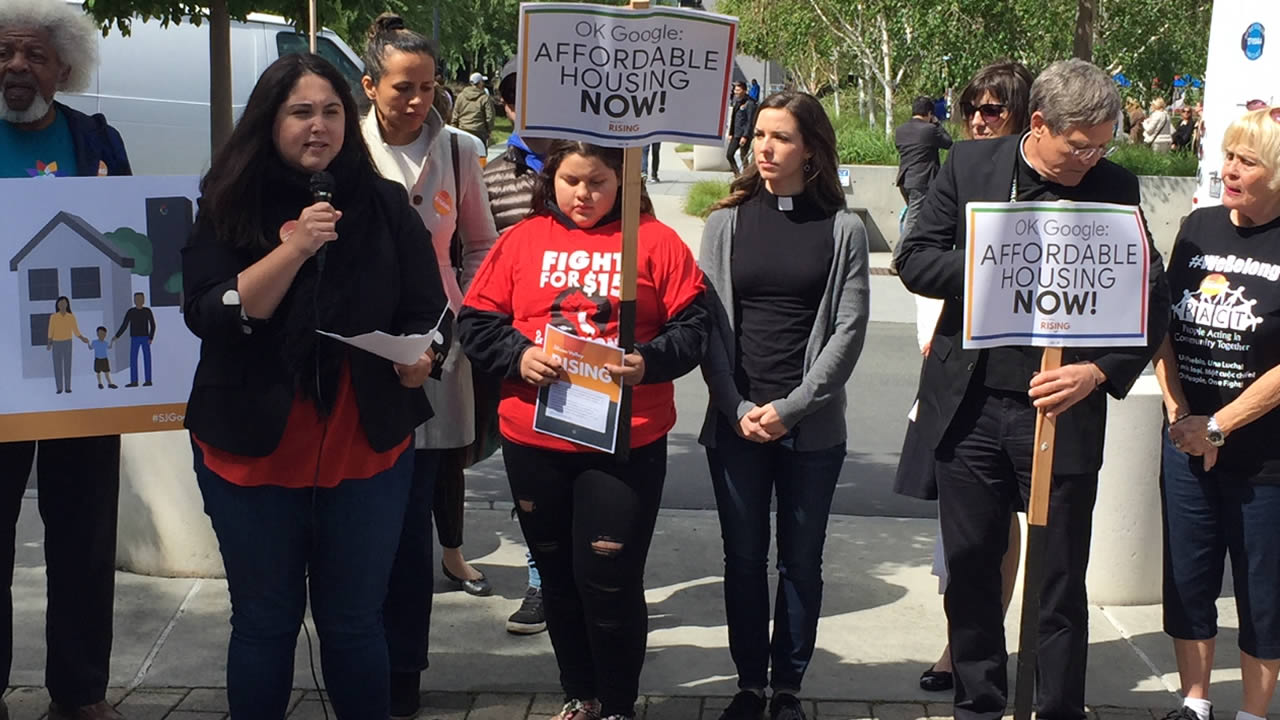