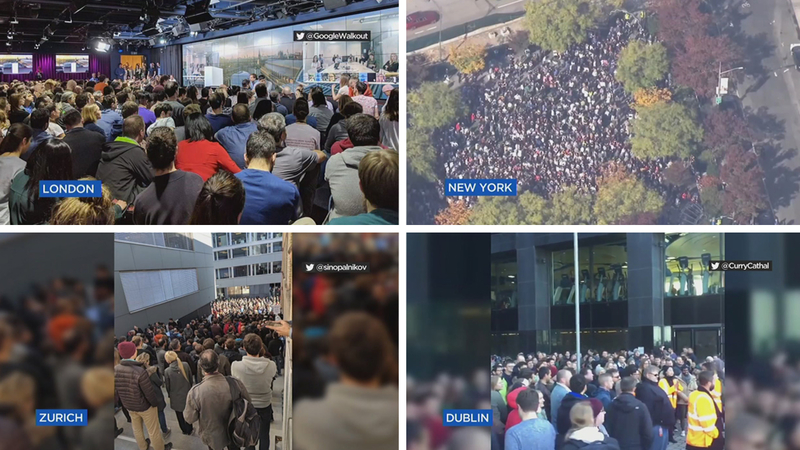 Google has more than 70 offices in 50 countries and on Thursday, there were walk-outs in about 40 locations.

In New York City thousands of employees marched through Manhattan and gathered at a park along the Hudson River for speeches. The Google Walkout Twitter account posted a picture showing baristas at the New York office also walking out in solidarity.

RELATED: 'Enough is enough': Bay Area Google workers walk out in protest of treatment of women

In Cambridge, Massachusetts hundreds there streamed out of their Kendall Square office, to protest the company's treatment of women.

In London, many Googlers stayed indoors to share their stories, but some employees braved the wet weather to demand a change in their corporate culture.

Google Developer Advocate Sam Dutton said, "We're walking out to support those who have been harassed anywhere in the workplace, and to ensure perpetrators are not rewarded."

Walkouts also happened in Zurich, Switzerland and in Dublin, Ireland, where hundreds of employees walked out, united in protest.