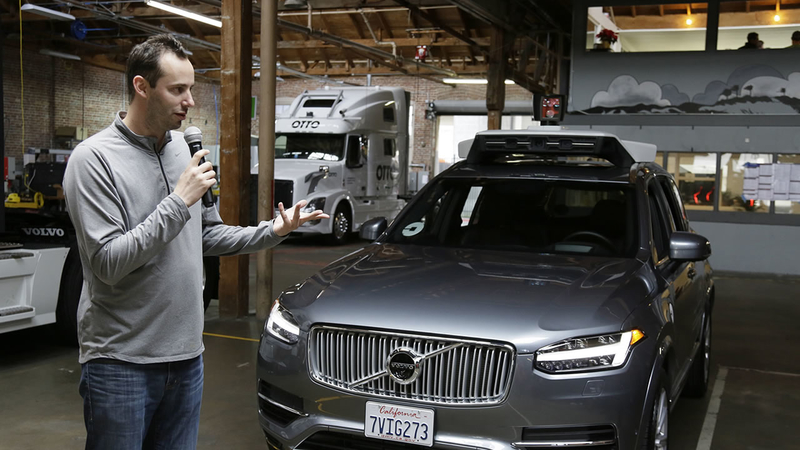 SAN JOSE, Calif. (KGO) -- Serious allegations have shaken up Silicon Valley. A former Google engineer has been charged with stealing trade secrets and taking them to Uber. The suspect, Anthony Levandowski, appeared in a San Jose courtroom on Tuesday.

Through his lawyers, the 39-year-old plead not guilty to all charges and must now wear an ankle bracelet until his next court appearance on Sept. 4.

Levandowski's father, stepmother and friend were present in court to sign his release bond.

In court, prosecutors argued that Levandowski is a flight risk because he holds dual citizenship - American and French. And he has a considerable amount of money, including a bonus from Google that they believe to be worth $120 million.

At a news conference prior to Levandowski's arraignment, the U.S. attorney's office presented details of the indictment.

"A forensic investigation revealed that on or about Dec. 11, Levandowski downloaded to his Google computer approximately 14,000 Google files," said U.S. Attorney David Anderson. "The indictment alleges that each of these trade secrets was reasonably protected by Google had economic value and was not generally known."

In the indictment, it's alleged that the 39-year-old engineer made a decision to resign from Google, no later than Sept. 2015. And then quit his job in Jan. 2016 and gave no notice to the company. Shortly after, he signed a term sheet with Uber.

"The sequence of events is stunning in the speed the scope the size of what occurred," said Anderson.

Levandowski is described by his lawyers as an industry leader and innovator in self-driving technologies.

"Let me be very clear," said Miles Ehrlich. "Not a single one of these supposedly single files ever went to Uber or any other company or person. Anthony Levandowski is innocent of these charges, he never stole or attempted to steal anything. The government has it dead wrong."

"The FBI will not standby and let people steal protected trade secrets in an attempt to unlawfully get ahead," said Agent John Bennett. 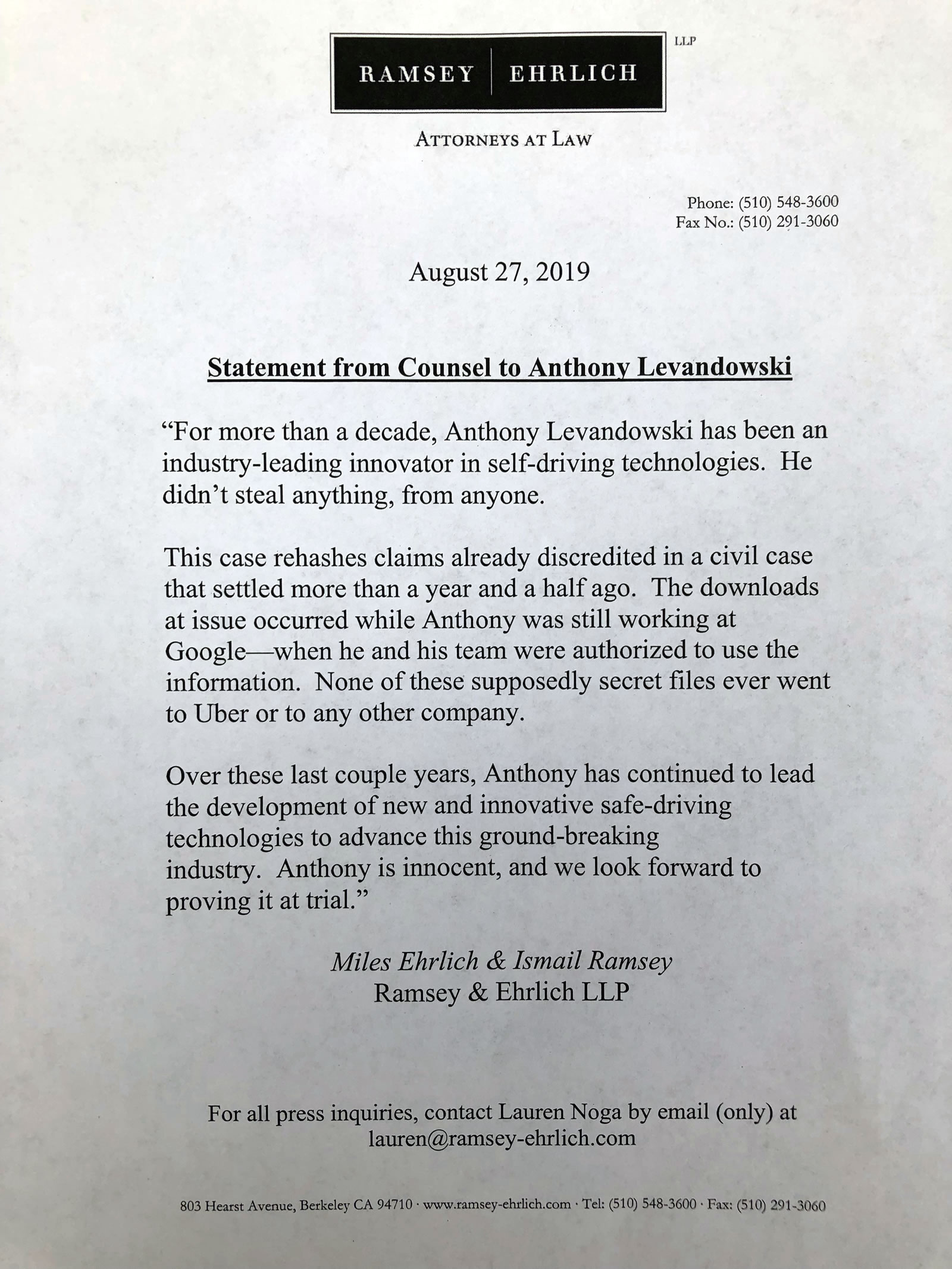 A statement from the attorney for to Anthony Levandowski was released on Tuesday, Aut. 27, 2019.