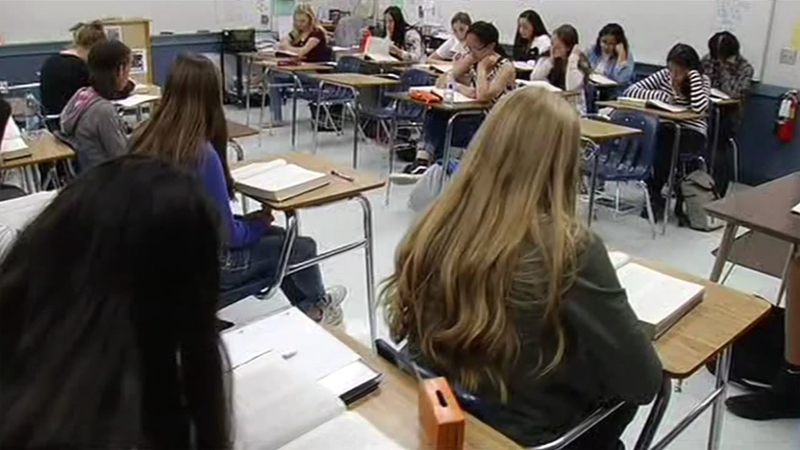 ROHNERT PARK, Calif. (KGO) -- Some parents of one school district are complaining about a new grading scale system adopted this year.

Some say the Cotati-Rohnert Park School District is lowering the bar and doing a disservice to students, while the district insists it is motivating kids to do better.

Most teachers at the Cotati-Rohnert Park School District are now using a modified grading scale that treats an F differently. All failing grades have a floor of 50 and no student can ever get below that.

"So this is that area that we're talking about when students can be in a deep hole and what we're saying OK, we don't want you so deep in this hole that you can never pass," said Robert Haley superintendent.

The school district believes that by eliminating that huge deficit, students will be more motivated to work harder to increase their grade. Some parents believe the district is lowering the bar.

"The kids can show up and get their 50 and then they're done," said Angie Procto a parent.

While it's still an F, some parents believe students should get what they earn.

The district is experimenting with a few new grading systems, including one which is based on a point scale. Most teachers have stopped using it after much confusion. For example, on one test, the student received a C after getting only 85 points out of 200. The superintendent said the student should have gotten an F.

"We're kind of in a learning curve. It's a new step for us, but we are seeing benefits with the students and increased motivation," said Amie Carter, Rancho Cotati High School principal.