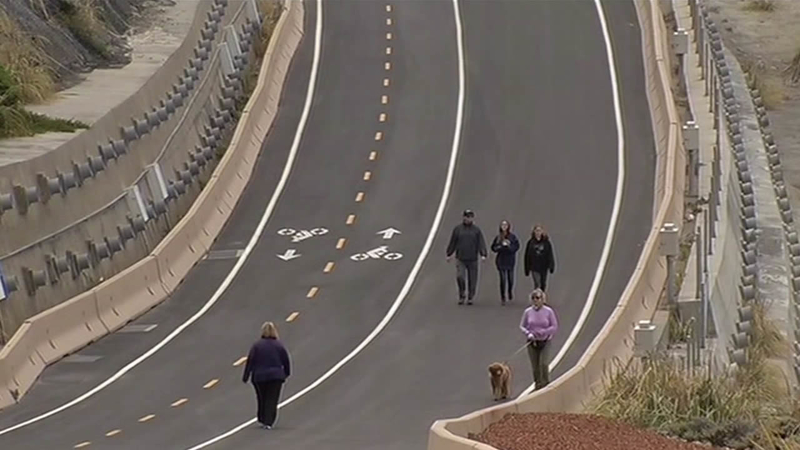 The trail opened in March after the Tom Lantos tunnel reconfigured Highway 1.

Officials are concerned over the easy access to closed-off Bunker Hill and they think somebody could fall off the cliff, so they want a catch net installed.

The former stretch of Highway 1 hovers like a ribbon between rocky coast and wind-blown sea. Bonnie Stellingwerf has childhood memories of slinging along the curves in her father's Chevy. Now, she and her husband come back to walk Devil's Slide Trail with their friends. "The trail's great, they've done a beautiful job here."

The grand jury report released Tuesday highlights three key concerns, including a lack of hardline or cellphone service in case of an emergency.

"When this was a road it was hard to get cell service through here, but that's part of nature," Half Moon Bay resident Dave Karlin said.

Karlin is also not concerned about the old guard rails. The grand jury warned a small child could crawl through them, then tumble down the cliff. "I think it's safe. I think there wouldn't be a problem, it would be no different if you were walking at Yosemite or around Lake Tahoe. You have to know what you're doing and you have to keep an eye on your kids."

The trail is open to walkers, bikers and horseback riders. But the grand jury wants a study about prohibiting horses from the trail by the end of the year, saying when fog makes the pavement wet, the horses could slip.