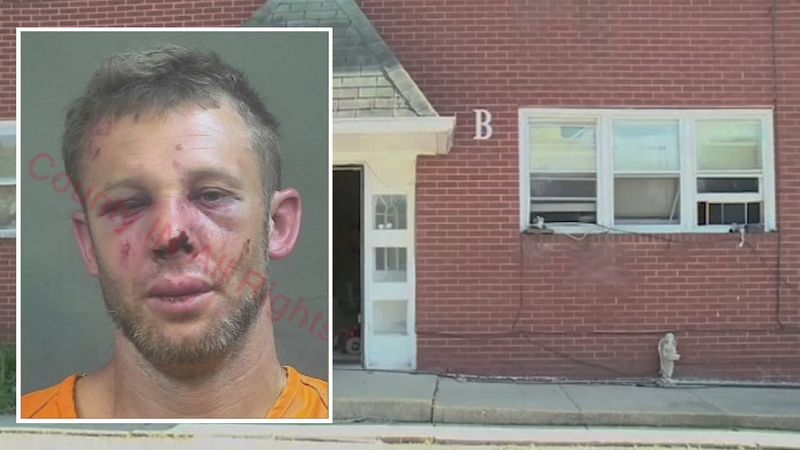 Grandparents fight a man trying to kidnap their granddaughter

LEBANON, Indiana -- Two grandparents went into defensive mode when a man tried to kidnap their 6-year-old granddaughter in their own home.

Police say the man broke into an apartment in Indiana and claimed their granddaughter was actually his daughter.

Benjamin Dillon, 37, was arrested by officers, but not before the girl's grandparents could get their hands on him.

A mugshot of Dillon shows multiple bruises and scrapes on his face.

Police said the girl and her grandmother were sleeping in the back bedroom when Dillion broke into their apartment.

The woman who lives at the home called police as her husband tried to get the man out of the apartment.
When police showed up, they say Dillion threatened officers and tried to fight them.

It was a terrifying moment for a 6-year-old girl and her grandparents who did everything to keep her safe, WTTV reports.
Patty Roth woke up to banging and yelling inside her apartment. Seconds later, she saw an intruder get too close to her granddaughter.

"I was nervous. Very nervous. I was shaking so bad," said Roth. "I don't understand why he picked our apartment. I'll never figure that one out."

Roth says she and her granddaughter were in the back room sleeping when Dillion kicked in their door and stated the child was his.

The girl's grandfather was able to get Dillion out of the apartment, but when officers showed up he became aggressive, according to police.
The police report states Dillion threatened officers, tried fighting them and ended up getting tazed.

Police say Dillion has been arrested twice so far this year on drug charges.

The little girl told officers she wasn't hurt, just scared. Her grandmother warns the intruder to stay away from the family.