KGO
OAKLAND, Calif. (KGO) -- A big change is coming to hunters and recreational shooters in California.

Starting January 1st, buying ammunition online and having it shipped to the state will be more expensive, and much more complicated.

"If somebody buys ammo online, it's supposed to be shipped to the gun store or gun dealer, then the person comes in, pays a fee and picks-up ammo," said Kaplan.

Buying ammunition online is going to be tougher for Californians starting next month. pic.twitter.com/XhHsOpCbaI

The store would have to get a state vendor license and the fee would add about $10 to the purchase price.

Currently, people can order thousands of rounds of ammo online and have it delivered directly to their homes. Critics say that's been an open invitation for violent criminals.

Supporters of the law say not only would it limit the amount of ammo that can be bought, it will help keep track of who is buying by requiring them to get a state-issued ID in 2019.

But, Alex, who works in security, says he's saved lots of money buying the ammunition he needs for training online. He doesn't want his face shown.

"I don't believe that I should have to pay extra for my ammunition that I'm already paying hundreds of dollars for," Alex told ABC7 News.

Tom has never bought online, but he doesn't like the new law.

RELATED: A history of mass shootings in the U.S.

"It's just going to be harder for everybody in general and they're going to make a big fuss about it and make it more difficult," Tom told ABC7 News.

City Arms, the owners say the new law is so complicated and so few regulations have been issued that they feel like they're still in the dark.

Kaplan says that charging a $10 fee for the time and trouble of processing, locking up and storing a private online order doesn't make sense for his business and he won't be taking part.

"I have my own inventory I have to deal with and dealing someone else's inventory and multiple people and keeping track of someone else's purchase is not worth it," said Kaplan.
Report a correction or typo
Related topics:
politicscaliforniacrimegun violencemass shootingsan bernardino mass shootingshootinggun lawsu.s. & worldpoliticspoliceguns
Copyright © 2021 KGO-TV. All Rights Reserved.
RELATED 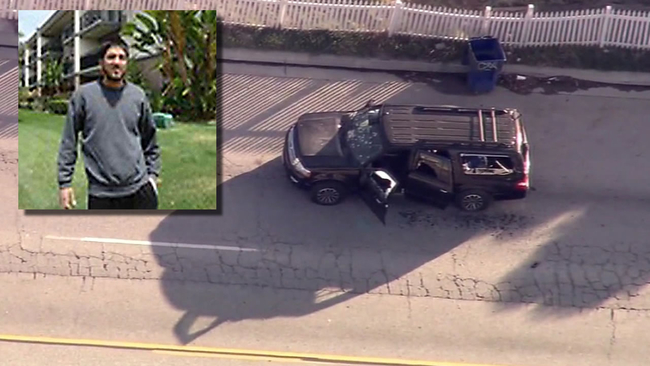