Halloween traditions and other ghostly celebrations from around the world 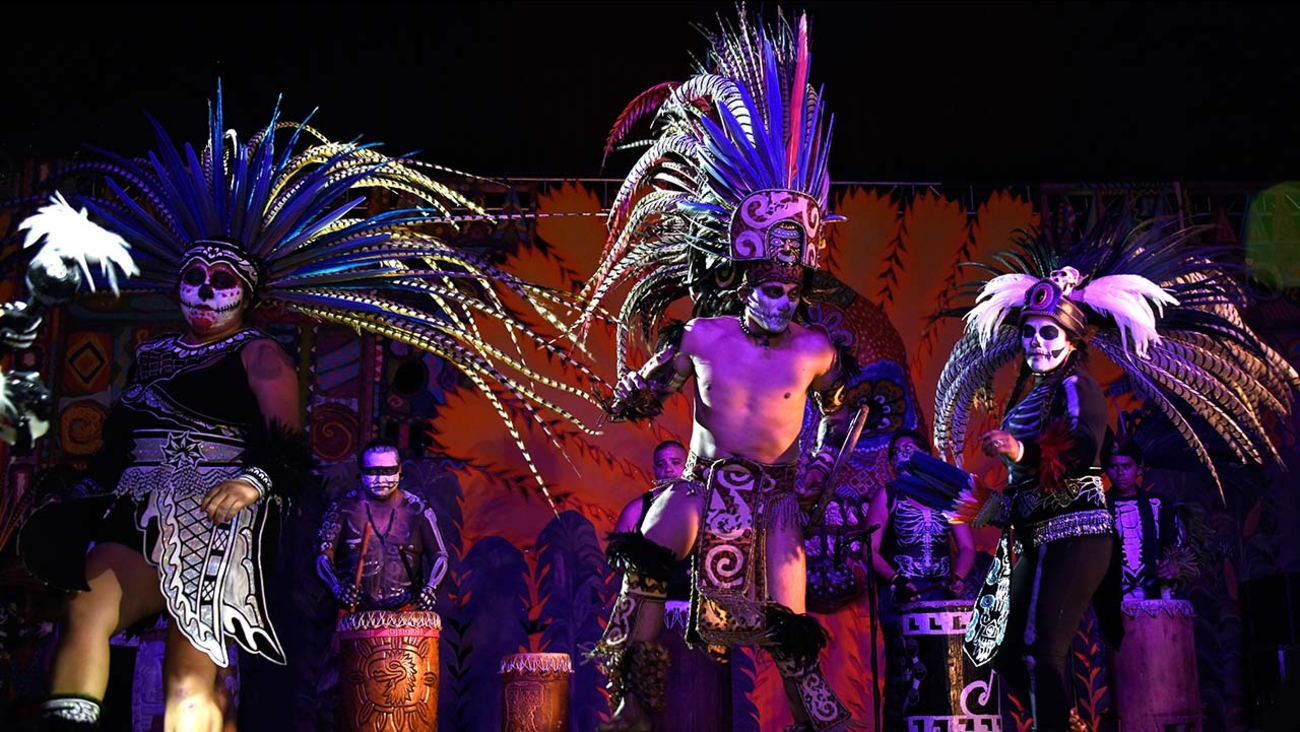 In the United States, Halloween is all about dressing up in costume, carving jack-o'-lanterns and decorating our houses for trick-or-treaters. But in other countries across the world, Halloween celebrations can be quite different.

See how regions around the world celebrate Halloween as well as other holidays and traditions that celebrate spirits and ancestors.

Those living in the United States and Canada go all out celebrating Halloween each year, with people dressing up in costume, carving jack-o'-lanterns, and throwing parties to commemorate the holiday. But these U.S. and Canadian celebrations actually have their roots in Samhain, the Gaelic festival marking the end of of the harvest celebrated in Celtic countries like Ireland, Wales and Scotland.

Dressing up in costume for Halloween became a custom in Ireland in the late 19th century, and it was adopted by the U.S. in the early 20th century. Trick-or-treating dates back to when young people in Ireland and Scotland would dress up in costume and visit homes. During these visits, people would perform some sort of "trick" like singing a song, reciting a poem or telling a joke, which would then be rewarded by a "treat" like food, nuts or coins. Jack-o'-lanterns are also believed to be a Halloween tradition started by the Irish and Scottish in the 19th century, with some believing the lanterns served as a way to protect their homes from the dead.

Guests pose during the 'Mezcaleria Clandestino Bar' Opening Mexican Halloween Party inside the 1K Hotel on October 31, 2014 in Paris, France.

In France and the U.K., people partake in Halloween traditions similar to the U.S., with costumes, parties, and houses decorated for the holiday.

When Halloween approaches each year, Austrians will typically leave bread and water next to a lamp that stays on during the night. This is done to welcome the dead souls so that they could come back to earth. This holiday, known as All Souls', is celebrated between October 30 and November 8.

If you're spending Halloween in Germany, you may notice a lack of knives around homes. This is because Germans hide their knives on Halloween night in order not to injure returning spirits.

One thing that unites many European countries though for Halloween celebrations is All Saints' Day on November 1. On this day, those of the Roman Catholic and Protestant faiths honor saints and light candles for those who have passed.

In this Aug. 1, 2015, photo, foreign participants dance the traditional Japanese "bon odori" with locals in Tokyo.

In China, families put offerings of food and water in front of photos of departed family members for the Teng Chieh Festival in July. They also light lanterns and bonfires to guide the spirits during this time.

Koreans honor the dead during the three-day Chuseok harvest festival, where they pay respect to the spirits of their ancestors by visiting their tombs and offering gifts of food and drink. The holiday is celebrated on the 15th day of the eighth month in the lunar calendar.

In Japan, people pay homage to the dead during the Bon festival. Because the holiday is based on the lunar calendar, some will choose to celebrate it from July 13-15 and others from August 13-15. During the festival, people in Japan will clean and offer gifts at their ancestors' graves. The festival also includes a performance of the Bon-Odori dance to welcome the spirits of the dead during this time.

Dia de los Muertos, or "Day of the Dead," is a holiday celebrated on the first two days of November in Mexico and other Spanish-speaking countries in Latin America and across the word. The holiday sees many people going to cemeteries and building alters with food and offerings to honor those who have passed. Similar Day of the Dead celebrations also take place in South American countries like Ecuador, Brazil and Guatemala.

Children dressed in Halloween costumes walk away from a house carrying their "goodies" of sweets during a walk around a suburb in Sydney, Australia, Friday, Oct. 31, 2008.

Although the seasons don't align correctly with the U.S., Halloween celebrations have become popular in the oceanic countries in recent years, but not without criticism. The holiday itself is seen by some as an unwanted influence of American culture, and Halloween holds little significance to people living in Australia and New Zealand.