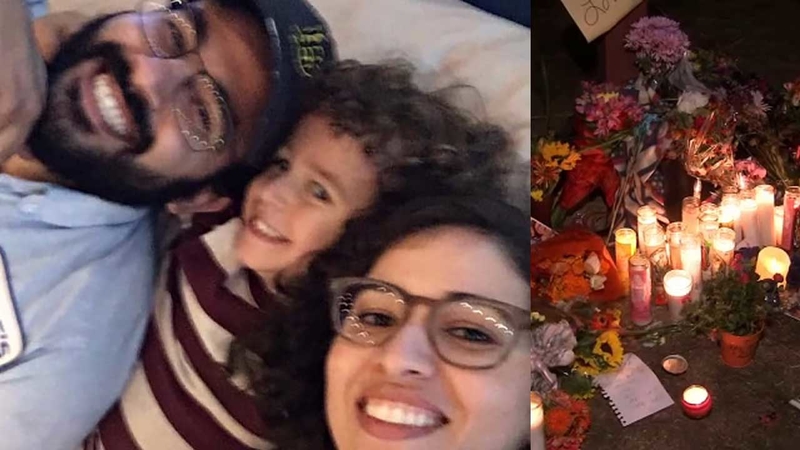 LONG BEACH, Calif. -- A woman has died following a Halloween night crash that killed her 3-year-old son and husband when they were struck by a suspected DUI driver in Long Beach, our sister station ABC7 in Los Angeles has learned.

Raihan Dakhil, the last remaining survivor of the crash, was taken off life support.

In a statement, the Long Beach Police Department confirmed the boy succumbed to his injuries at a hospital on Saturday morning.

A GoFundMe page identified the young victim as Omar and said his parents were Raihan Dakhil and Joseph Awaida. A memorial was set up at the site of the crash Saturday, where family and friends gathered to mourn Omar and Awaida.

"They were just on the sidewalk, the whole family, and the baby Omar... It's heartbreaking," said family friend Mohammed Al Rawi.

Friends say Awaida worked at his family's auto repair shop in the area while he was studying to get his medical degree.

According to police, the collision was reported shortly before 10 p.m. Thursday near Los Cerritos Park. The family, which was trick-or-treating at the time, had been run down on a sidewalk by a 2002 Toyota Sequoia that was heading southbound on Country Club Drive.

All three victims were rushed to hospitals.

The driver of the SUV, 20-year-old Carlo Navarro, was detained at the scene and later booked on suspicion of DUI and gross vehicular manslaughter, authorities said. The Long Beach resident is out on bail after it was set at $100,000.

The death of 30-year-old Joseph Awaida was announced Friday.

A statement on the GoFundMe page noted that "Joseph and his family are Muslim, and according to custom, burials are usually conducted within 24 hours of passing."