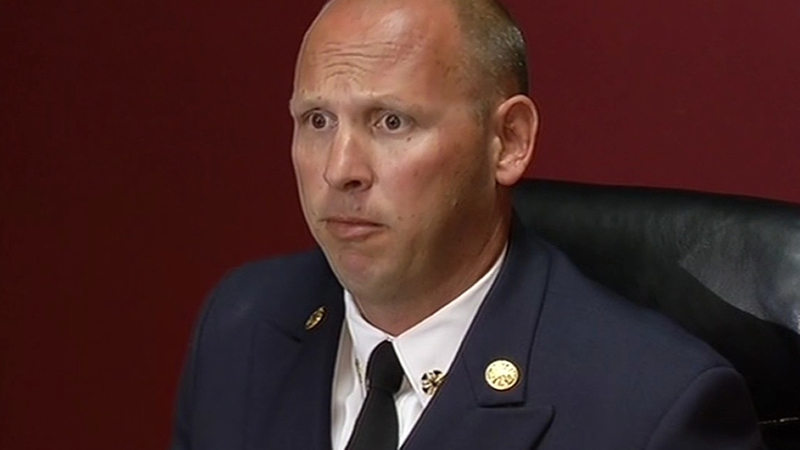 Hayward fire chief to keep job despite drinking on duty

HAYWARD, Calif. (KGO) -- Hayward Fire Department Chief Garrett Contreras will keep his job despite drinking while on duty and operating a city vehicle under the influence.

The incidents happened in 2014, but are just coming to light now.

The Hayward City Manager's Office said they didn't know about these incidents when they happened, but found out from an anonymous source a year later.

Hayward residents still may not know had it not been for a public records request.

"It's incredibly embarrassing for myself, the fire department, the community," Contreras said.

Contreras admitted to allegations that he was drinking while on call, missed a call regarding responding to an apartment fire, drove city vehicles under the influence of alcohol and got into a fight with a subordinate. "This incident took place 16 months ago and I've had that period of time to reflect on my actions when this took place and made considerable changes," he said.

The incidents happened between March and September of 2014, but Hayward's Assistant City Manager Kelly Mcadoo said they just found out about them this past April from an anonymous source. "He's taken full responsibility for his actions and he has been subject to appropriate discipline," Mcadoo said.

That discipline includes one month suspension without pay, a 9.3 percent salary cut, no raise through July 2016, no take home vehicle and no drinking at city events.

Contreras also says he's working with a career coach and using the Employee Assistance Program. "I care deeply about this community and I want to earn the trust of this community back as quickly as I can," he said.

"He should actually be fired if it shows that you basically are not capable of performing the job that you're hired for," Hayward Resident Aaron Ford said.

Ford also doesn't like that the city did not notify residents.

When asked if this was a cover up, Mcadoo said "absolutely not we've been very transparent."

"I have some regrets myself not making it public in advance. Then again it was a personnel matter that involved other personnel," Contreras said.