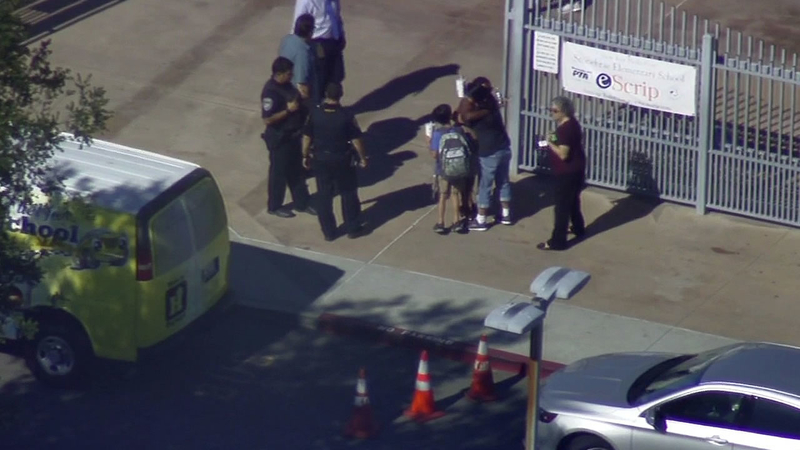 HAYWARD, Calif. (KGO) -- An 8-year-old boy with autism from Hayward has been reunited with his parents after he went missing for hours on Wednesday. He disappeared from Stonebrae Elementary School, causing some terribly anxious moments for his parents.

The boy was on the soccer field when he suddenly darted off the field. Both is father and the superintendent say the kid can really run. Fortunately, he was found safe.

The boy's father, Steve White, said, "I'm very, very happy with the Hayward police and the Alameda County Sheriff's Office. We're very glad to have our son back."

There were lots of hugs when police brought the 8-year-old boy and his mother back to school after finding him about 4 miles down the hill.

At the request of the boy's father, we are not using his name or picture.

We caught up with White at a parking lot near where police found his son. White says his son apparently got angry and suddenly dashed off the soccer field at about 10:30 a.m. during P.E.

"He was unable to catch up with him and once he got into the neighborhood, it was very difficult to find him," Dobbs said.

His father was still wondering how he got to where he did. White said, "We don't know how he managed to walk about two miles without being seen. We can't understand it at all."