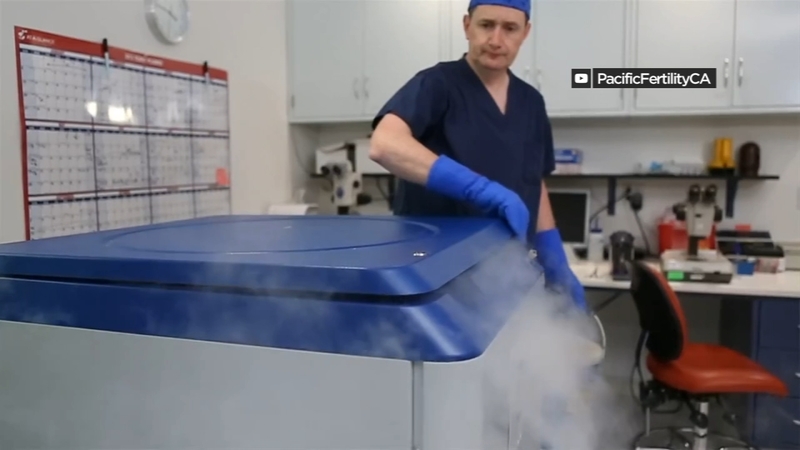 SAN FRANCISCO -- A jury on Thursday awarded nearly $15 million to five people who lost eggs or embryos when a cryogenic storage tank failed at a fertility clinic.

A federal jury made the award in a lawsuit filed over the 2018 tank failure at the Pacific Fertility Center in San Francisco that destroyed about 3,500 frozen eggs and embryos.

The award -- including more than $14 million in damages for pain, suffering and emotional distress - will go to three women who lost eggs and a married couple who lost embryos.

Their case is the first to go to a jury, but hundreds of other people also have sued the clinic and Chart Industries Inc., which made the cryogenic tank where the specimens were stored.

During the trial, the women and the couple described their pain from the loss.

"It's really painful to be at a baby shower celebrating someone else's family being built and knowing inside you'll never get that," Poynton testified. "So you start to pull back. You start to isolate."

A similar tank failure in a Cleveland suburb that occurred the same day as the San Francisco failure ruined more than 4,000 eggs and embryos. They were the biggest such losses on record in the U.S., causing centers around the nation to review their procedures.
In closing arguments during the San Francisco trial, a lawyer for Chart blamed the fertility center for the tank failure. But jurors rejected the argument that the tank had been misused or improperly modified.

Jurors found that a manufacturing defect was to blame for the tank failure and found Chart 90% responsible and negligent for failing to recall the malfunctioning part, finding that was a "substantial factor" in causing harm.

The part was a controller that monitored liquid nitrogen levels.

Pacific Fertility was found negligent and 10% responsible for harm.

The three women were each awarded about $2 million to $3 million, while the couple was awarded $7.2 million.