KGO
By Jennifer Olney and Kristen Sze
OAKLAND, Calif. (KGO) -- After years of high profile suicides generating a lot of public attention, many people are still reluctant to talk about suicide in private. Now the effort to break the silence is generating new steam with a powerful documentary about people who have attempted suicide and survived, then gone on to share hope and help with others.

Kelechi Ubozoh of Oakland is one of survivors who shares her story in the documentary called "The S Word." Ubozoh believes the key to saving lives is getting people to talk about depression and suicide.

As a teenager, Ubozoh says she learned not to share her emotional pain. "When I would say I'm feeling really down, (friends) would just be like get over it. The reaction of the people around me was just shut up."

After years of struggle and silence, Ubozoh tried to kill herself.

In the documentary, Ubozoh talks about the stigma and shame associated with suicidal thoughts "especially in the African American community." She recalls feeling, "You just have to be strong. But being cast as a strong black woman, that almost led me to death."

Director Lisa Klein decided to make "The S Word" after her father and brother both died by suicide.

Klein said she approached the topic from a place of loss, but what she found instead was a thriving community of people who had attempted suicide and survived. A lot of those people, including Ubozoh, are now mental health advocates. "I realized we need to hear those stories," Klein said.

On recent night in Martinez, "The S Word" played to a full house at a screening sponsored by Contra Costa County Health Services. Klein and Ubozoh were energized by the big turnout.

"There was a while where we could not get the film in places because the stigma was so bad," Ubozoh recalls. She hopes things are changing. The documentary has already been shown six times in the Bay Area, and filmmakers expect more screenings soon.

"There's a big myth out there that if you talk about suicide, it is going to cause someone to think about it, and that's just not true. But that's why a lot of people don't talk about it. They think it can catch like a cold," Ubozoh said.

Contra Costa Health Services Director Anna Roth was excited to have the film shown in her county and hopes more people will start talking about suicide as a public health issue.

If you or someone you know is feeling depressed or isolated and wants to talk, you can call 211 anywhere in the Bay Area anytime to be connected with someone to talk to. 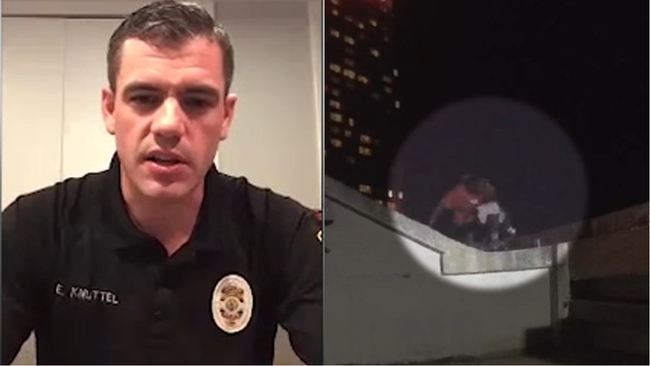