The Bay Area, Central Valley and Southern California all continue to have more pronounced shortages of ICU space in hospitals and remain under the order.
AP
By KATHLEEN RONAYNE AND DON THOMPSON
SACRAMENTO, Calif. -- California lifted a stay-at-home order in the 13-county Sacramento region on Tuesday as hospital conditions improved, a rare turn of good news as the state pushes through what Gov. Gavin Newsom called its most intense surge'' in the coronavirus.

The order that banned gatherings, shuttered restaurants and churches even for outdoor gatherings, and closed hair salons has been lifted effective immediately, Newsom said in a Twitter video. While the stay-at-home order is lifted, the counties will still be under restrictive orders that limit most business activity and personal gatherings.

CA COVID-19 VACCINE TRACKER: How the state is doing, when you can get a coronavirus vaccine

Several counties, including Sacramento, need to adjust their own public health orders to reflect the change but can now resume outdoor dining and worship services, reopen hair and nail salons, increase retail capacity and allow gatherings of up-to-three households. The 13-county region was placed under the order on Dec. 10.

"While this is a move in the right direction, we thank those who are working hard to reduce the spread of COVID-19, which protects our health care system,'' Butte County said in a press release asking that people still wear masks, keep distance from others and avoid mixing with other households.

The Newsom administration divided the state into five regions in December and imposed the stay-at-home order in four of the regions as their ICU capacity dropped below 15%. Only rural, Northern California remained out of the order.

The Sacramento region's ICU capacity now sits at 9.4% but it is projected to rise above 15% in the next four weeks, prompting the state to lift the order.

The announcement that Sacramento's order would be lifted caused confusion for several hours Tuesday as county officials began announcing the news but the state remained silent.

Dr. Mark Ghaly, California's secretary of health and human services, indicated in a briefing that some regions could emerge from the order soon but made no official announcement. Newsom finally shared the news in a Twitter video as early evening approached.

State officials had said the stay-at-home orders were helping, but some observers questioned their true effect.

"What the stay-at-home orders were meant to do is keep families that don't live together separated. Instead, over the last few months, you've had people getting together. You've had small social gatherings indoors,'' said Dr. Brad Pollock, associate dean for public health sciences at the UC Davis School of Medicine. I wouldn't say the stay-at-home orders have been futile, but they probably haven't had a huge impact on what's actually happened with the transmission patterns. That's pretty evident, since the numbers went up.'' 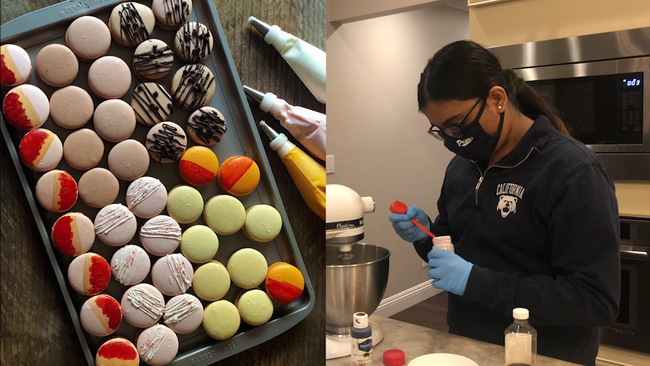