Candlestick will no longer go down with a bang

KGO
SAN FRANCISCO (KGO) -- Candlestick Park could be demolished beginning as soon as next month, but it may not go out with the bang some were expecting. The change of plans has some neighbors breathing a sigh of relief.

For the people on the hill high above Candlestick Point, it's a view that's been the same since 1960, but that is about to change.

"We are really excited to have new things happen in the Bayview," said Julia Barber of Bayview Hill Neighborhood Association.

But how that happens is a topic of great concern.

They know the builder, Lennar, is planning the biggest multi-use development in San Francisco. There will be housing and shops for budgets big and small.

But first, that crumbling stadium has to go. At community meetings, neighbors made it clear they don't want "the Stick" to go out with a bang.

When Seattle imploded the Kingdome, it sent clouds of concrete dust billowing for blocks.

"I have, uh throat cancer, and I don't want to be breathing that stuff," said Mara Fenton of Bayview Hill.

So neighbors asked for Candlestick to be taken apart piece by piece. And now it appears Lennar has agreed.

"Somebody clearly was listening to us or at least decided that this fight was gonna become too expensive," said Barber .

For all the dialogue and community meetings, Lennar made this announcement pretty quietly. There were no interviews, no press conference, just a written statement announcing the change of plans

The company's president said, quote "it is in the best interests of the project and the city at large to get moving, and bring down Candlestick Park.

The statement adds that Lennar intends to withdraw its request to implode the stadium.

Lennar has a permit to go ahead with mechanical demolition as soon as it removes all the asbestos and lead paint. Still there's a risk. Workers will have to constantly spray the demolition area with water, to keep the dust from spreading.

"The dust can be controlled in a mechanical dismantling, but we still need to be here making sure that that dust is controlled," said Barber.

The neighborhood association's even talking about mounting a camera on one of these rooftops to make sure it is controlled.
Related topics:
health & fitnessbayviewbayview / hunters pointsan franciscocandlestick parkenvironmenthealthsan francisco 49erssan francisco city hallpollutionasthmareal estate developmentconstructionsportsdevelopmentcancerdemolition
Copyright © 2021 KGO-TV. All Rights Reserved.
RELATED 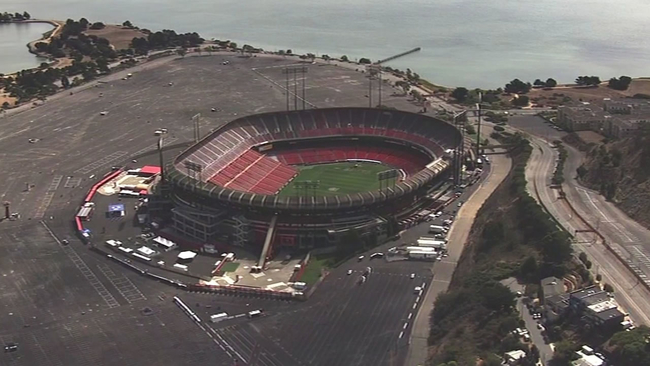 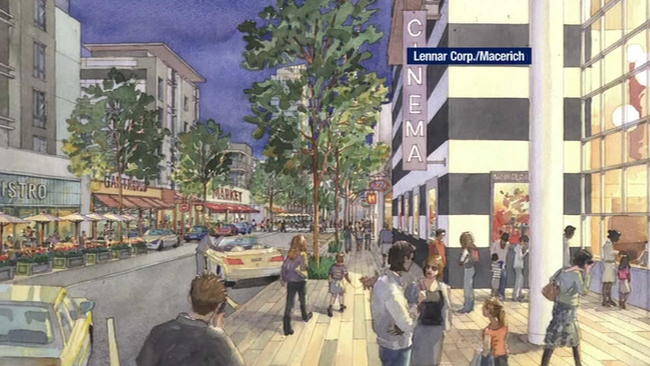 Candlestick Park to be demolished for housing, outlet mall