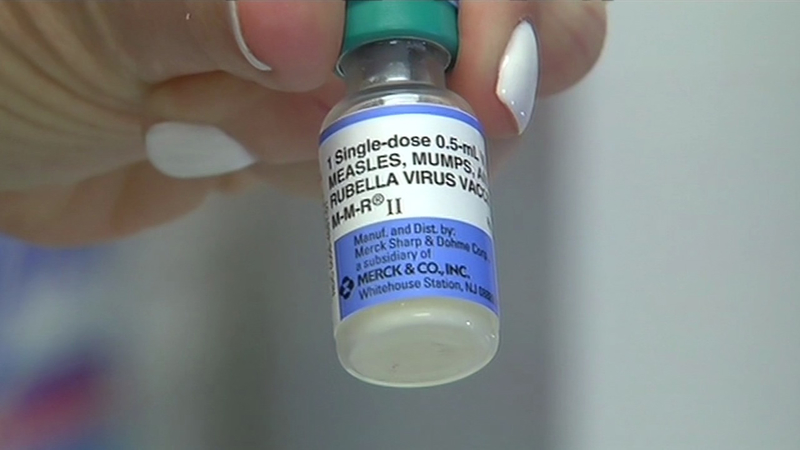 WALNUT CREEK, Calif. (KGO) -- A contagious case of the measles has health officials in Contra Costa County trying to figure out how many people have crossed paths with the infected person.

The local resident may have exposed people at two different locations to the disease -- one in Walnut Creek, the other in Lafayette.

Measles isn't just for kids, although babies are the most vulnerable.

A Contra Costa County resident with the measles visited John Muir Hospital's Emergency Department on August 11, from 11 a.m. to 2 p.m. The same person also had a meal at Chow Restaurant in Lafayette on August 14 from 9 a.m. until 11 a.m.

"Anyone who is not vaccinated or had past disease could have been exposed if they were there at the same time," according to Leung.

The County Health Department has found and interviewed everyone who could have been exposed at the hospital. But, it's difficult to track down everyone who was in and out of the restaurant during that time. The measles virus is transmitted through the air, and carries these symptoms including red eyes, fever, sore throat, and a rash that starts on the head and moves down the body, Leung says.

"Someone who gets measles could potentially get much more serious complications - pneumonia, swelling of the brain, permanent disability," Leung said.

Someone with the virus is contagious four days before and four day after the rash appears. Folks who've been exposed to measles in Contra Costa County won't be completely in the clear until September 5. Anyone who suspects they've been exposed should check their vaccination record. Anyone showing symptoms should contact their doctors. Contra Costa County last had a measles case in 2014 and 2015.