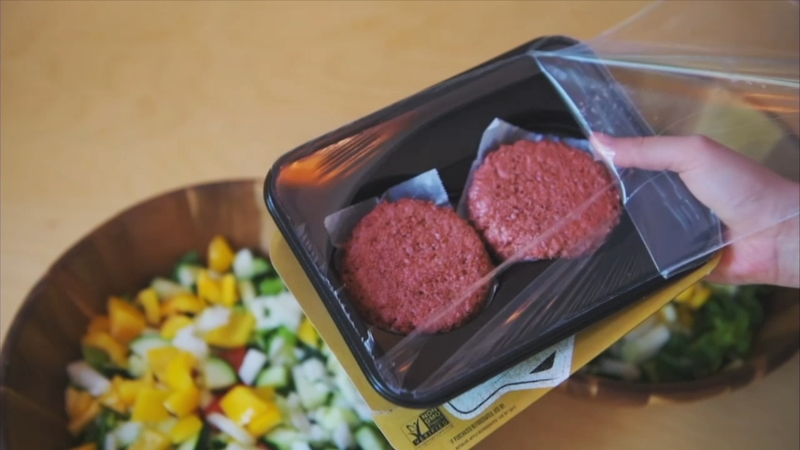 What to know about plant-based 'fake' meat

Whether you are thinking about making the switch for health reasons or you just want to try it, what are you actually biting into?

First, there are a lot of reasons why plant-based protein is the hot thing right now.

No, it's not new but there is more of a focus in society to eat cruelty-free food, meaning to choose food with a better environmental impact and, of course, food that's healthier.

Matt Schlachter is the president of Houston Family Nutrition and is a registered dietitian and nutritionist. Schlachter educates his clients on what fake meat is made of, and how to know when the choice you've picked is actually healthy.

He says there are three ways to get protein from plant sources.

"One is going to be from whole plants, things like mushrooms and lentils. The second one is going to be slightly processed items like tofu or tepa," Schlachter said. "The third is going to be what's called textured vegetable proteins or TVP's. Those are highly processed plant components coming together to have this meat imitation product."

TVP's are what's being sold in most fast food places and restaurants, according to Schlachter.

RELATED: Nutrition expert explains benefits of plant-based eating, how to easily add to your diet

Yes, they are plant-based, but he says the key is that they are highly processed and do not have a lot of nutrition.

Keri Moffitt says she personally doesn't eat meat but when it comes to her 18-month old son, she would rather he eat real animal meat than 'fake-meat.'

"As a parent, I want him to understand where his food comes from and if I am giving him fake chicken or fake meats, he's not going to know that that's not from an animal, and I want him to know that you can get plenty of protein from other sources," Moffitt said.

As someone who feeds her family little to no meat, Moffitt said she often wonders if her family is getting enough of what they need.

"I mean, you get iron from red meat but he eats plenty of green vegetables," Moffitt said. "I'd probably just be interested to see if my balance of what I think I am giving him is enough to equal that of meat."