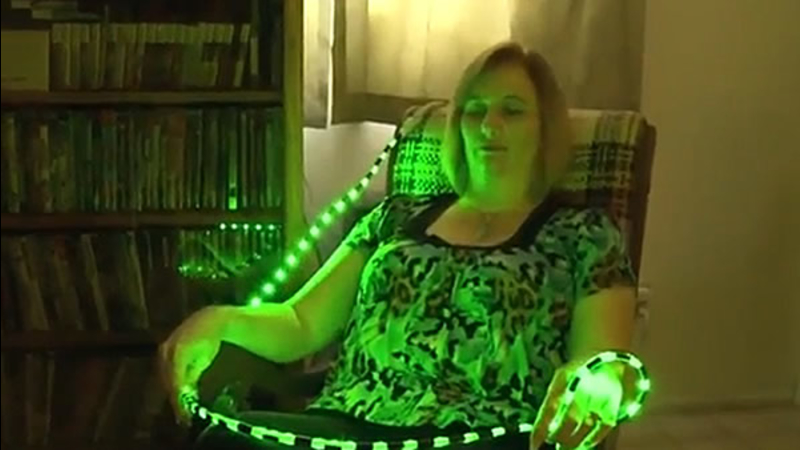 LOS ANGELES -- Bright lights can worsen headaches, but a new study shows an LED light might do the opposite.

They found that the pain of the group looking at the green light dropped 40 to 50 percent. Participants in the trial were asked to stare at green LED lights for one-to-two hours a day over a 10-week period.

One of the participants, Debi Lesneski, suffered from severe scorching migraines and was looking for any solution to cure her pain.

"It was one migraine right after another," she said. "There was no break in between."

She was depressed, sick and unable to get out of bed on some days. Lesneski said she was doubtful when joining the clinic trial, but was willing to try anything.

"(I was) very skeptical because it is so simple," she said. "It doesn't make any sense that just some light can fix a problem that modern medicine can't even address. And, it worked."

Even though the correlation of the green light and migraine pain is unknown, Ibrahim said it could be partially psychological.

"Regardless of the mechanism, the outcome is what really matters," said Ibrahim, director of the Chronic Pain Clinic. "People are both feeling better and their pain is getting better."

"Essentially, what it's doing is increasing your happy hormones, your level of endogenous opioids," he said.

Khanna, a professor of pharamcology at the University of Arizona, said that besides happy hormones, it also made for happy patients.

Even Lesneski wanted to keep her light. Now, she uses the green light for 15 minutes, three times a week and has stopped taking her pain medications.

Despite the good results, both doctors said they hope to get grants from the Department of Defense and the National Institute of Health to expand the study.

In the meantime, they caution people not to give up their migraine medications.
Report a correction or typo
Related topics:
health & fitnesshealthy livingmedical researchstudydoctors
Copyright © 2021 KABC-TV. All Rights Reserved.
HEALTHY LIVING

Climb to the beat at this new workout studio