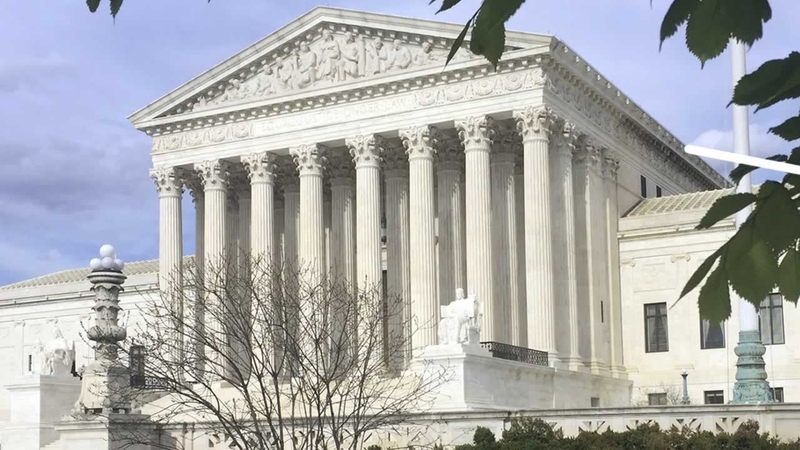 WASHINGTON -- The Supreme Court on Tuesday allowed Arkansas to enforce restrictions on how so-called abortion pills can be administered while a legal challenge to the restrictions proceeds, which critics say effectively ends that option for women in the state.

The justices didn't comment in rejecting an appeal from the Planned Parenthood affiliate in Arkansas that asked the court to review an appeals court ruling and reinstate a lower court order that had blocked the law from taking effect.

The law says doctors who provide abortion pills must hold a contract with another physician who has admitting privileges at a hospital and who would agree to handle complications -- and Planned Parenthood says it has been unable to find any able to do so.

The law is similar to a provision in Texas law that the Supreme Court struck down in 2016.

The 8th U.S. Circuit Court of Appeals reversed the court order barring enforcement of the law, but put its ruling on hold while Planned Parenthood appealed to the Supreme Court.

The legal fight over the restrictions isn't over, but the state is now free to enforce them for the time being.

"As Attorney General, I have fully defended this law at every turn and applaud the Supreme Court's decision against Planned Parenthood today," Attorney General Leslie Rutledge, a Republican, said in a statement. "Protecting the health and well-being of women and the unborn will always be a priority. We are a pro-life state and always will be as long as I am attorney general."

Planned Parenthood had offered pills to end pregnancies at its clinics in Fayetteville and Little Rock, but it said Tuesday that it was notifying patients that it could no longer do so because of the ruling. It said it would move quickly for emergency relief in the lower court, saying the ruling effectively makes Arkansas the first state in the country to ban medication abortions.

Planned Parenthood has said it's unable to find any Arkansas obstetricians willing to handle hospital admissions, saying many doctors cited a fear of being harassed over an association with an abortion provider, objections from employers or a personal opposition to abortion.
The group has said that if the law stands, Arkansas would be the only state where women would not have access to a pair of drugs that end pregnancies: mifepristone, which makes it difficult for a fetus to attach to the uterine wall, and misoprostol, which causes the body to expel it, similar to a miscarriage.

Planned Parenthood doesn't offer surgical abortions at its Arkansas health centers, but a third facility in Little Rock that isn't operated by the group does. The organizations says preventing women from obtaining medication abortions creates an undue burden, which is the standard the Supreme Court has set to measure whether restrictions go too far in limiting women who want the procedure.

"This dangerous law also immediately ends access to safe, legal abortion at all but one health center in the state," Dawn Laguens, vice president of Planned Parenthood Federation of America, said in a statement. "If that's not an undue burden, what is? This law cannot and must not stand. We will not stop fighting for every person's right to access safe, legal abortion."

The 2015 law is among several abortion restrictions the predominantly Republican state has enacted over the past several years that have been the subject of legal challenges.