Mom who gave birth while in coma slowly recovering

KGO
By Lyanne Melendez
SAN FRANCISCO (KGO) -- A Fresno mother remains in coma after giving birth to a baby boy three weeks ago. On Thursday we got to see Baby West and his father at their temporary home in San Francisco, while first-time mom Melissa Carleton continues to slowly recover at Kentfield Rehabilitation & Specialty Hospital.

Three weeks ago today, Brian Lande began the difficult task of raising West without his wife.

While their home is in Fresno, Brian works as a sheriff's deputy in Santa Cruz. For now, they are staying in a small San Francisco apartment thanks to the generosity of a retired San Francisco police officer.

"I can enjoy him," Brian said. "But at the same time I don't get to enjoy him in the ways that I had expected to or hoped to."

Melissa was pregnant when doctors found she had a brain tumor. She was quickly admitted to UCSF. But within days she suffered a seizure which caused brain damage. She's been in a coma ever since. Still, on May 22, doctors were able to deliver the baby by cesarean section.

Melissa's father and her sister have taken time off from their busy schedules to help. They proudly call themselves Team Melissa.

Melissa, who was a family therapist in Fresno, continues to show signs of a slow recovery.

"And we've had moments when we are convinced that she is making connections with us," Farrell said. "That she is there, so to speak."

Every day, Brian takes West to visit Melissa who is now at the Kentfield Rehabilitation & Specialty Hospital in Marin County. Brian says Melissa knows her son is there.

"With one of her hands is able to reach over, and find him, and touch him and caress him, and hold West's hand or West's feet, kind of touches his head," Brian said.

Right now there is no way to predict Melissa's outcome. The joy of having Baby West is helping them heal

To donate to Team Melissa on GoFundMe.com, click here.

To help provide a meal for Brian on TakeThemAMeal.com, click here.

Take Them a Meal: Meals for Brian Lande 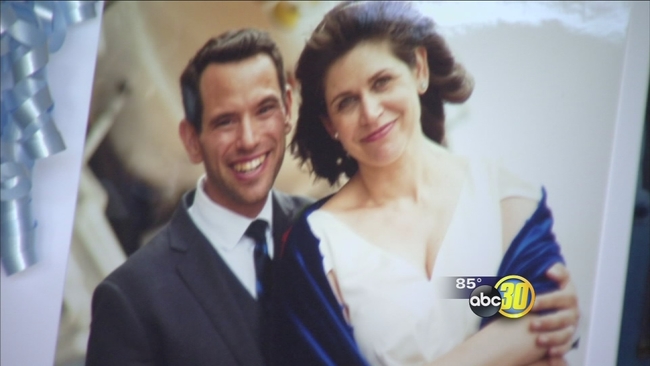