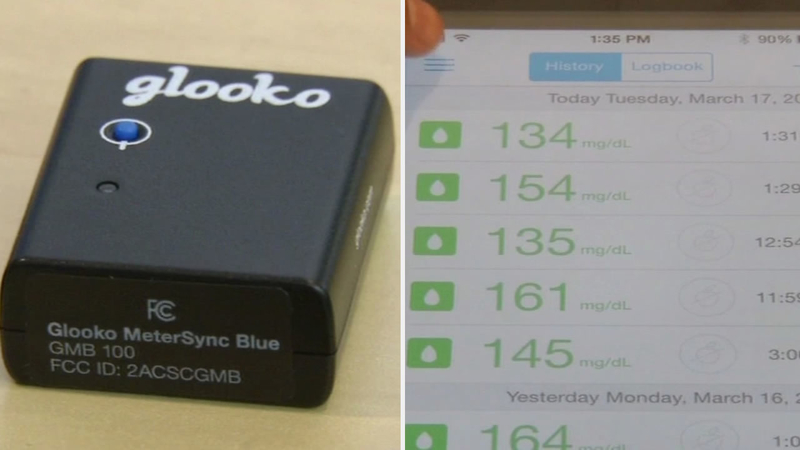 PALO ALTO, Calif. (KGO) -- Around 29 million Americans are living with diabetes, a disease you can manage but it takes a lot of effort. One company is trying to make it easier and it just got a big nod from Silicon Valley investors.

As often as six times a day, Jeff Chang checks his blood glucose. He's been doing it since he was diagnosed with Type 1 diabetes 20 years ago, and not much about it has changed.

"This technology is just really, really old, and if you see some of it, it's black and white grey scale screens," Chang said.

And all of them use different software and cables. Chang would watch a nurse painstakingly download the date from each of his meters.

"And at the end, you would get a stack of papers, maybe about 5-10 papers. And at that point, you were 20 minutes into your appointment and the doctor was just looking at them and he would start going over, day by day, exactly what was happening," Chang said.

But if there were ever a Rosetta Stone for diabetes, Chang found one from a company in Palo Alto.

"We're able to speak all these different languages and electrical protocols, put the date into the smartphone," Glooko's Rick Altinger said.

Glooko makes a tiny box that reads data from those meters and brings it all together in an app, where you can see graphs and share it with your doctor.

It also works with platforms like Fitbit to show how food and exercise affect your blood sugar.

The little black box is a bridge between old and new technology, but eventually it won't be needed anymore.

Glooko's been busy making deals to connect directly with the new generation of wireless meters and pumps and they've just gotten a big round of funding to help make that happen.

"We raised $16.5 million, which is a testament to some of the early outcomes," Altinger said.

Like some from the Joslin Diabetes Center in Boston.

"They can improve their self-management skills and minimize these glucose fluctuations," Senior Physician Howard Wolpert said.

Wolpert used Glooko to teach patients the signs of low blood sugar. One had a breakthrough.

"When she started using the app, she kind of recognized by virtue of the prompts that her cue for low blood glucose was the fact that she was feeling cold," Wolpert explained.

"And it prompts them at 6, OK, today you took more than 6,000 steps. You're gonna take a little less insulin," Altinger said.