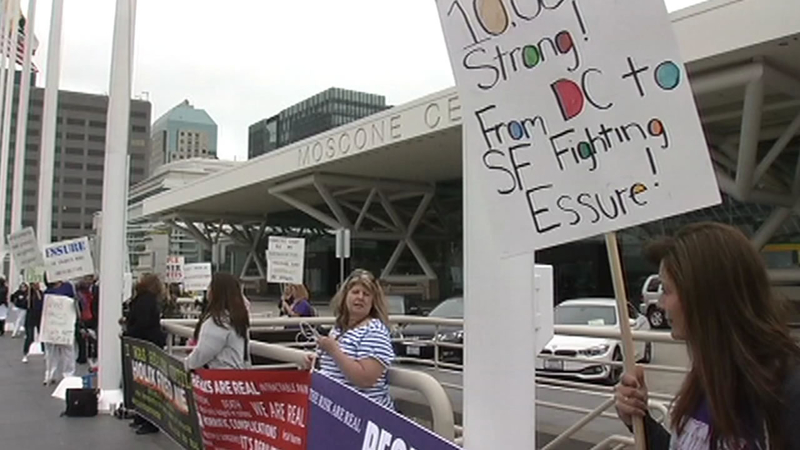 SAN FRANCISCO (KGO) -- Dozens of women rallied outside San Francisco's Moscone Center where obstetricians were attending a convention. The protesters were targeting the contraceptive implant called Essure that's caused some women injury and they are demanding it be taken off the market.