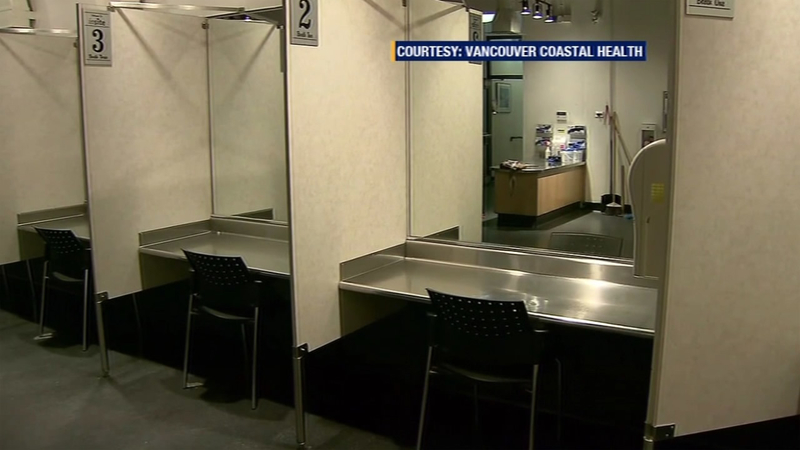 SAN FRANCISCO (KGO) -- Vancouver was once a city with a terrible drug program. Overdoses were a part of everyday life.

That changed when the Canadian city opened a supervised injection site in 2003. It provided users a safe place indoors to inject meth or heroin under the watch of health professionals, where clean needles are provided and disposed of.

And 14 years later, overdoses have been reduced to zero.

It's a controversial idea that Supervisor David Campos wants to bring to San Francisco, home to an estimated 22,000 drug users.

"The issue of homelessness and drug use is so serious, we need to take action. Exploring options is the responsible thing to do," said Campos.

Campos believes the city's Navigation Center on Mission Street might be a good location for the injection site.

"The mayor has concerns about a city-funded shelter to allow people to use drugs and harm themselves," said Christine Falvey, the mayor's spokesperson.

Bruce Pelletier battled a heroin addiction for years. He says enabling users not the answer.

"Just because it works in Canada, doesn't it mean it will work here," he said. "Give them rehab, try putting money towards that instead of a San Francisco shooting gallery."

"As a recovering alcoholic, I understand the arguments around not enabling someone who is addictive. But I don't think it's as simple as that," said Campos.