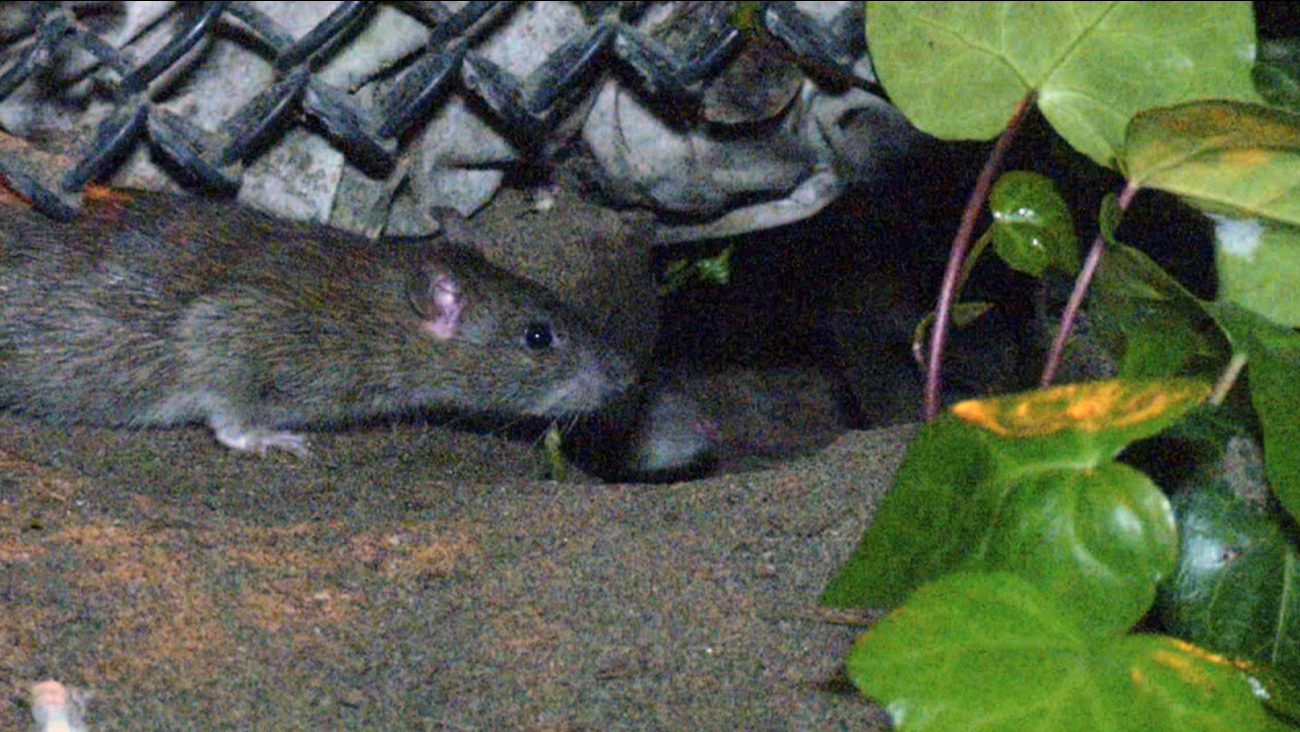 There have been many reports of rat infestations in the last couple weeks, generally around construction sites in the city. So, ABC7 News set out to find them, and it didn't take long. 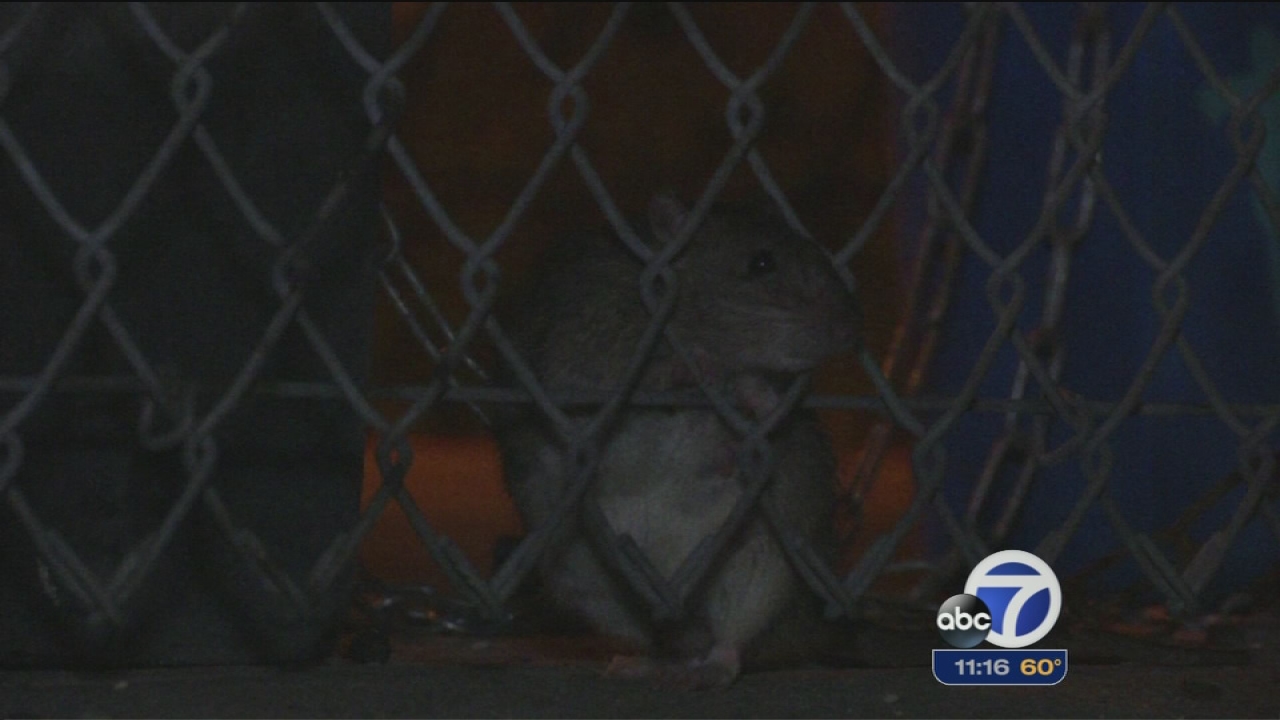 Under the cloak of darkness, rats sneak out. ABC7 News found a large infestation near the 4th Street off ramp in SoMa. The rats come out looking for food, and they'll chew right through plastic trash cans to get it.

People who live and work in the neighborhood say they see them frequently, scurrying across the streets and sidewalk. They are big, measuring 6-8 inches in length, and scale fences with the dexterity of a mountain climber.

Neighbors complain that the rat population boomed two years ago when work started on the new Central Subway. Since then, neighbors from North Beach to Mission Bay say they have seen rats with greater frequency.

"I used to see once in a while, now it's got a lot worse, like to the other night I must have seen 50," he said. "I kid you not, they were just coming out of these garbage cans, like it was nuts, it was like a waterfall full of rats." 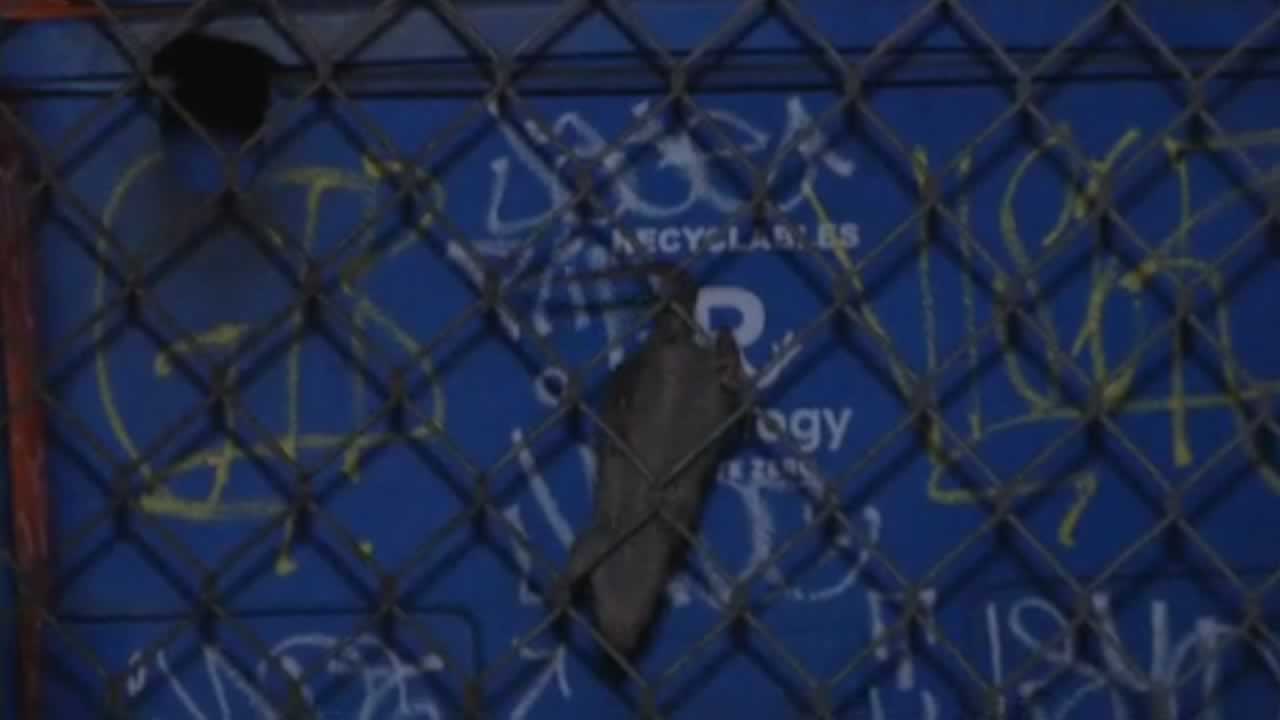 But the Central Subway isn't the only major construction South of Market. Within blocks, a number of new skyscrapers are under construction, homes are being built in Mission Bay, and the new Transbay Center is taking shape.

Hernandez worries the rats will hitch a ride home with him to San Mateo.

"I don't want to get bitten by one; or suppose I am at home and I don't know it gets in the house, it bites somebody else," he said. "I go down the street look under the hood and make sure there is nothing in there."

He says rats are just part of urban life and will show up all over the city. Left unchecked, they can spread bacteria like salmonella.

"When you drink water or food that is contaminated, by rat feces, you are more likely to get the bacteria," Ojo said.

Salmonella is just one of 26 diseases the Centers for Disease Control and Prevention says rats can carry. The list includes killer illnesses like the bubonic plague and the Hantavirus. 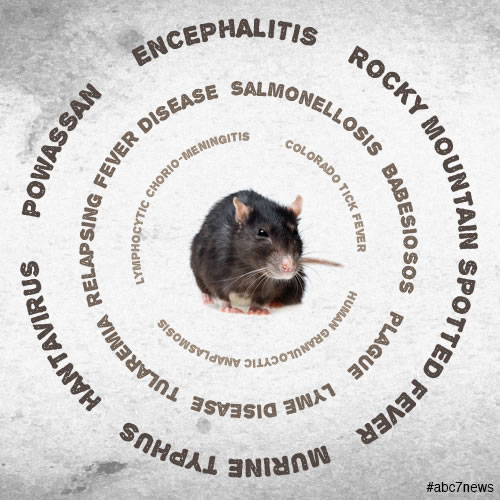 Ojo says he isn't too worried about those spreading in the city because San Francisco has an aggressive eradication program.

Nader Shatara is part of that. As a senior Environmental Health Inspector with the San Francisco Department of Public Health, he says, "A lot of what I know about rats from experience."

"You won't know them unless you go out and meet them, he said.

Shatara is one of the people responsible for helping keep the rat population down. On average his department gets about 350 complaints a year.

He knocks on doors, and checks in with neighbors where complaints have been made, looking constantly for the telltale signs of a rat infestation.

He showed ABC7 News what he meant at a planter outside a building on one of SoMa's many alleyways.

Shatara says being a rat detective goes beyond the obvious. He's interested in where they are going, and where they have been.

"The rat's fur is usually greasy; dirty and so on,' he explained. "As they are running along the wall they will leave these streaks which are called rub marks."

It is a sign that rats are using the planter as either a home, or a hidden highway to a den.

He looks for possible nests or burrows in tree planters.

"If you go out in the day time, it's rare to see live rats running around," Shatara said. "So in order to determine that there is activity we look for these tell-tale signs."

But when they are scared from their homes, they just move on to the next good spot.

The department of health says that people may be responsible for many rat infestations. He says leaving food out of garbage cans and throwing bread for birds is like opening a buffet for a rats.

"There are some big rats out here," summed up Rolando Hernandez.