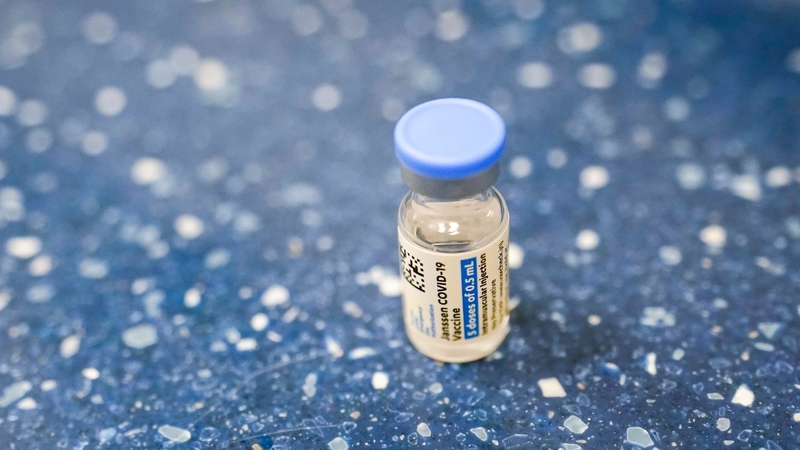 SAN FRANCISCO (KGO) -- The single-shot Johnson and Johnson vaccine now comes with a warning regarding the risk of a rare blood clot disorder. It occurs particularly in women but San Francisco saw one case of a man who had to be hospitalized.

To end up with a blood clot after the Johnson & Johnson vaccine is rare and when these cases are reported they occur almost always in women patients. Even more unusual is that UCSF saw the first case of the condition in a healthy man in his thirties. It happened in mid-April.

"He came in with progressive symptoms in his low back and his left leg over about five days and ultimately the discomfort was to the point that he saw assistance in our emergency room," explained Dr. Andrew Leavitt, hematologist with UCSF.

"It hurts, it's claudication, it's like when you wake up in the middle of the night you have a cramp in your leg. It's that kind of pain," said Dr. George Rutherford, UCSF's lead epidemiologist.

We know that in Europe with the AstraZeneca vaccine just a few patients presented the same symptoms. The Johnson and Johnson vaccine and the AstraZeneca are made the same way and in some cases, both seem to trigger an antibody response that activates platelets leading to blood clots.

Four people in Sonoma County will now have to have a third COVID-19 vaccine shot due to the second one leaking. Health officials say this was not human error, but rather problems with the syringes and needles supplied by the government.

"He received IVIG immunoglobulin to help reverse his low platelets count and he was also put on steroid to help quiet the circumstances and then he was put on a non-heparin anticoagulant, said Dr. Leavitt.

"I wouldn't want it in any way to be used as an argument to not get a vaccination," concluded Leavitt.

The CDC has reported this clotting condition in 15 women and one man out of eight million people who have received the Johnson & Johnson vaccine nationwide.