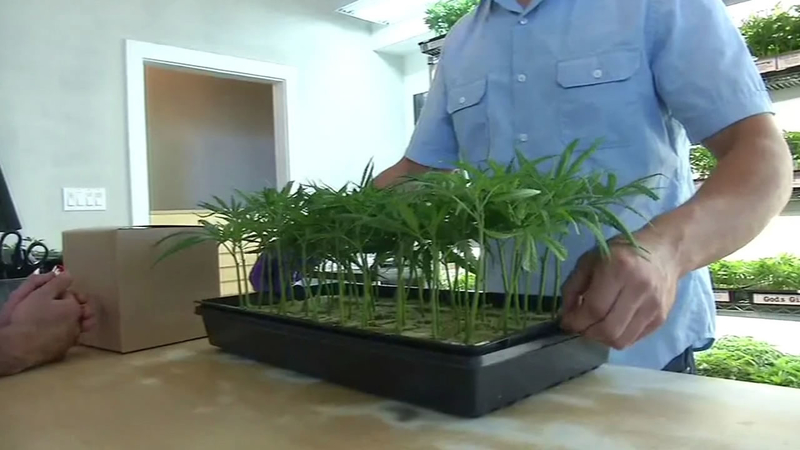 The study happening at San Francisco General Hospital is so cutting edge that the government almost stopped it from happening.

At Oakland's Harborside Health Center, the walls are lined with just about every pot plant you could imagine. But across the room at the state's largest cannabis dispensary, something else is on sale. It's liquid marijuana -- including some kinds that are rich in a chemical called CBD.

"CBD is another cannabinoid, one of the active ingredients in the plant. It's not psychoactive, but it is active against inflammation and pain," Dr. Donald Abrams said.

Abrams knows this because of mice that were genetically programmed to develop the painful condition known in humans as sickle cell anemia. The normally round red blood cells take on a crescent shape and clog vital pathways through the body.

Doctors treat the pain with opiates, which can be dangerous and addictive.

When treated with marijuana high in CBD, the mice showed less pain and less inflammation.

"The hypothesis is that people will be able to get away with lower doses of opiates with better control of pain when they add vaporized cannabis," Abrams said.

"The biggest challenge is just the general social acceptance of the medicine as medicine," Harborside manager Goose Duarte said.

Much like the clinical study, many of Harborside's patients have turned to vaporizing rather than smoking. The liquid pot goes inside a vapor pen where it's heated up.

"Vaporizers provide one of the safest ways to ingest the medicine because you're not actually burning any plant matter," Duarte said.

But it's not safe enough to dodge government scrutiny.

The FDA put a hold on Abram's study, making him demonstrate that vaporized CBD wasn't harmful to mice or dogs. After a year-long delay, he has the green light for a human study with federal funding and federal marijuana.

Advocates hope it means the feds are softening up on cannabis research.