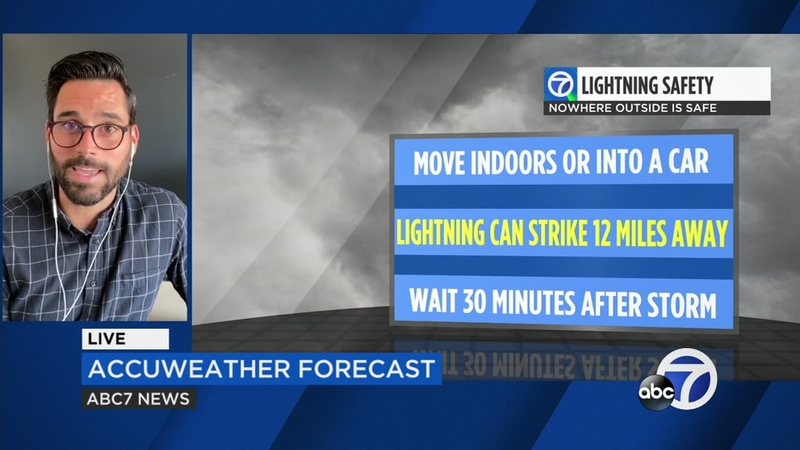 AccuWeather Forecast: Another round of lightning possible in Bay Area overnight

SAN FRANCISCO (KGO) -- It was a dangerously hot day across the Bay Area following a thunderstorm with rare lightning on Sunday. Several cities hit record highs and Death Valley in California may have seen the area's hottest day since 1913.

The National Weather Service said another record was reached at Death Valley National Park in Southern California in Inyo County.

If the climate data is valid, the agency said it would be the hottest August temperature at the site by 3 degrees.

Per the climate data in xmACIS2, this is the first time since 1913 that Death Valley has reached 130F. In July 2013, it last reached 129F. If valid, it would be the hottest August temperature at the site by 3F. @NWSVegas pic.twitter.com/gZNBW4NXI4

An Excessive Heat Warning will be in effect through Wednesday in the Bay Area.