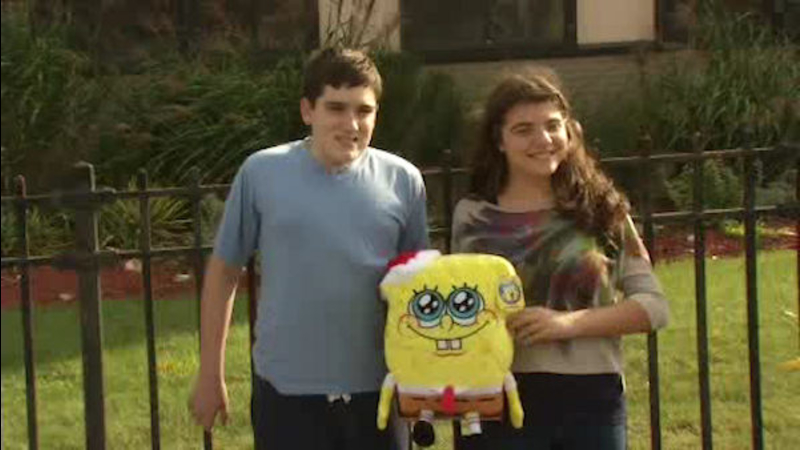 He saved her life, performing the Heimlich maneuver at school, and he learned it from watching a cartoon!

"Is she a good friend of yours?" Eyewitness News asked.

Brandon Williams is a life saver. Both Brandon and his classmate Jessica Pelligrini are autistic.

But, when Jessica began choking on an apple at I.S. 24 last week, Brandon knew exactly what to do: the Heimlich.

In fact, there are at least two "SpongeBob SquarePants" episodes, which involve choking, and everyone now agrees, you can say what you want about kids and TV, but sometimes they actually learn something useful! In this case, lifesaving.

"But my son picked it up, it's incredible, I'm on cloud nine right now," said Anthony Williams, Brandon's dad.

Now what's also incredible is this is not even the first time that "SpongeBob" has helped someone save a life. Eyewitness News covered a story a lot like this one four and a half years ago.

"And Miriam, she goes, 'Ali are you choking?' and I go (shakes head)," said Allyson Golden, a student.

For two girls in Long Beach back in 2010, a moment with a clarinet on "SpongeBob" provided the same sort of lifesaving inspiration.

But for these two and their families, the moment is that much more intense because another New York City girl choked in school and died just last week.

"And I was just like, 'Oh my God, Jessica you were choking, you could have died,'" said Debbie Pelligrini, Jessica's mother.

Because with all of the challenges of autism, there are also the amazing things like critical details kids like Brandon understand.

"But you do," Eyewitness News said.

Susan nodded "yes" with tears in her eyes.

And for Jessica she has quite the compliment for her friend.

"What do you think of your friend?" Eyewitness News said.