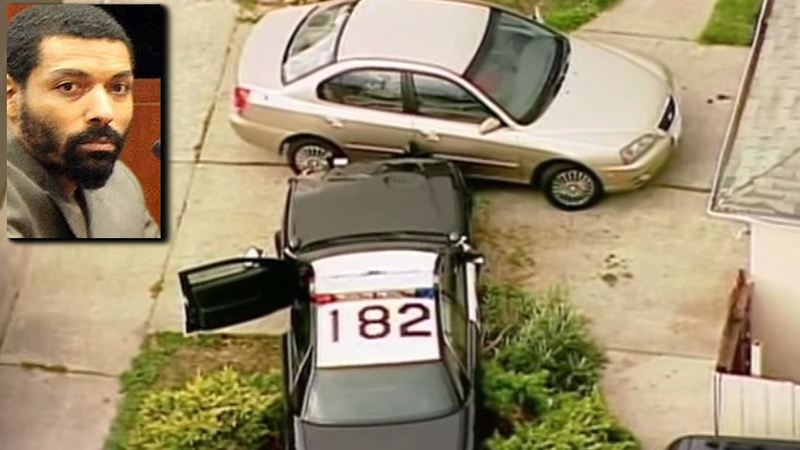 VALLEJO, Calif. (KGO) -- Henry Albert Smith Jr. was sentenced Monday to three life-terms in prison without the possibility of parole for the murder of Vallejo Police Officer James Capoot.

Capoot was fatally shot as he chased down Smith in a North Vallejo neighborhood following a bank robbery in 2011.

Capoot pursued the suspect behind some homes and was shot in the back three times as the pursuit ended. He died from his injuries.

Henry Smith was unemotional for the hearing. He will be serving 3 life terms for murdering Vallejo PD Ofc Jim Capoot pic.twitter.com/h6B4XwLZvt

Smith could have been facing the death penalty, but there was difficulties with the jury during the sentencing phase of the trial. One of the members of the jury got sick and another one was about to leave the county, so the district attorney's office worked with Capoot's family who decided to accept the sentence that was handed down on Monday.

This sentencing hearing had been a long time in coming and next week would be the four year anniversary of Capoot's murder.

His family and fellow police officers came together for a moment of silence moments before heading into the court house. "I'm thankful that all of you guys are here for Jennifer and her three daughters," one woman said.

A series of photos revealed Smith remained stoic through the whole hearing, including through an angry statement that was read on behalf of Capoot's family by his son-in-law Anthony Diaz. "It is disgusting that his life was taken by you. You resorted to robbing a bank and then shooting a person in the back to make your money," Diaz said.

Smith was sentenced to three life terms in prison for Capoot's murder and the bank robbery he had just committed.

Deputy D.A Karen Jensen said Smith went to great lengths to plan the robbery that ended with a chase and ultimately Capoot's death. "He bought a mask, it was a Hollywood quality mask. It looked like something maybe you'd see on "Mission Impossible or something, it was one of those latex masks where you pull it off. The mask was of an elderly white male," Jensen said.