KGO
BROOKLYN, Iowa (KGO) -- Authorities are releasing new details in the case of Mollie Tibbetts, the college student with Bay Area ties who was killed in Iowa in July.

Newly unsealed documents show investigators looked closely at four other potential suspects before they made an arrest.

That includes a neighbor seen washing his SUV hours after Tibbetts vanished, a Nebraska man who ditched his vehicle in Iowa, an acquaintance of Tibbetts who "wiped" his cellphone data, and a farmer with a history of stalking women.

After facing police interviews and vehicle and cellphone searches, all were eliminated as suspects.

The suspect ultimately charged in Tibbetts' death, Cristhian Bahena-Rivera, did not come on their radar until shortly before he allegedly led them to her body in a cornfield in August.

Investigators say Rivera, 24, followed Tibbetts in a car and then on foot as she was out for an evening run, kidnapped her after a struggle and stabbed her to death.

Rivera was identified as a suspect after officers found surveillance footage showing a Chevy Malibu that they later linked to him. Rivera, who is scheduled to stand trial, is a Mexican national who was allegedly in the U.S. illegally .

He is due to go to trial in April.

Get the latest updates on the Mollie Tibbetts case here.

Mollie Tibbetts' murder: What we know about the suspect 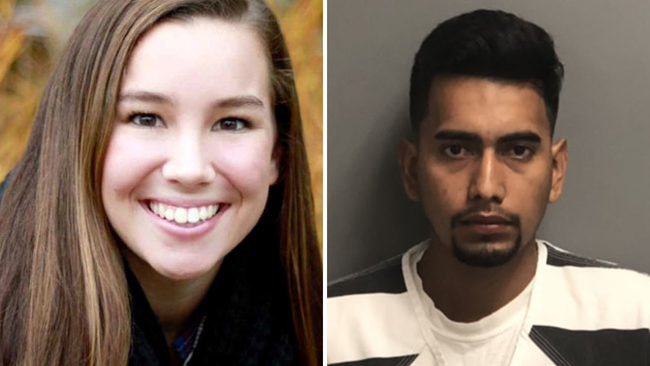