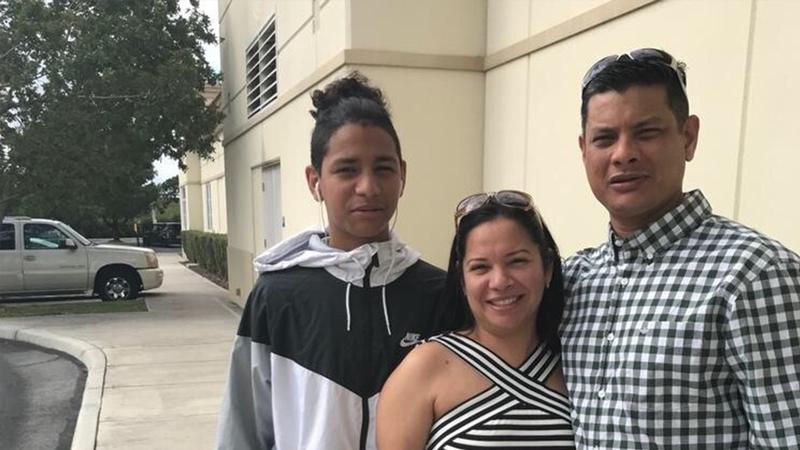 PARKLAND, Fla. -- A Florida school massacre victim is being hailed a hero for using his own body as a human shield to protect 20 classmates from gunfire.

Instead of hiding, Borges attempted to close and lock the classroom door, protecting 20 of his classmates.

He was shot multiple times in both of his legs, and a bullet went through his back.

Royer Borges told ABC News that his son called him shortly after the attack, and described the massacre at his school that left 17 people dead.

"He just called me and says, 'Dad, somebody shot me in the back and my leg, too," said the father, breaking into tears.
Royer Borges said he has heard of the courageous selflessness his son showed and expressed pride in his boy.

Anthony is alive and stable but his father said he has a long road of recovery ahead.

"I only ask that people pray for him," he said.

Royer Borges' coworker set up a GoFundMe page, which can be found here.

Click here for full coverage on the tragedy at Marjory Stoneman Douglas High School in Parkland and click here for a look at comprehensive coverage on school shootings here in the Bay Area and across the country.