ByKen Miguel and Dion Lim via

In California's Central Valley, there is a big transportation project underway unlike any other in the country. The state's High Speed Rail project is under way in Madera just north of Fresno, along State Route 99.

Earlier this year Governor Newsom cut the money for a high-speed rail link connecting the Bay Area to the Central Valley - leading some people to dub it "a train to nowhere." Now some Bay Area leaders are questioning whether the Governor's actions will have a chilling effect on the regions housing and jobs.

In the heart of California's Central Valley, the biggest transportation project of it is kind in the country, is underway. The state's High Speed Rail project is being built in Madera just north of Fresno, along State Route 99.

"This is the first high-speed rail system in the nation," said Diana Gomez, Regional Director for the California High Speed Rail Authority in Fresno.

She showed us around the massive amount of work already underway on the project approved by voters in 2008. The original plan was to build a 520-mile rail line that would put Los Angeles and San Francisco less than 3 hours from each other. It was estimated to cost $33-Billion, and be complete by 2020.

That was an optimistic projection.

"Currently our goal is to have a train up and running as soon as possible between the city of Merced and the City of Bakersfield," said Gomez.

The project is years behind schedule, and has incurred enormous cost overruns. A state audit now projects the potential price tag for the entire project may double to more than $77-billion.

When it is complete, this stretch of elevated and surface level rail will cover 163 miles. The big question now?

During his State of the State speech in February, Governor Gavin Newsom announced he was putting the brakes of the project, saying, "Let's be real. The current project as planned, would cost too much, and respectfully take too long."

"There has been too little oversight, and not enough transparency," said Governor Newsom.

The governor committed to finishing the Central Valley portion of the rail line. The big question ahead is, will it ever be linked to the bay area?

San Jose Mayor Sam Liccardo believes the state needs to figure out a way to pay for a Bay Area connection.

"The governor's right, there is not enough money to build the system as it was imagined," said the Governor.

Plans would have linked San Jose to Merced along Highway 101, then through the Pacheco Pass.

San Jose has been planning for years to build a massive transportation hub - connecting 7 different transit agencies, including BART and CalTrain to High Speed Rail at Diridon Station.

"We are ready to go with what will become the busiest multi modal station in the Western United States," said Mayor Liccardo.

Unemployment in the Central Valley has been at high levels for the last decade, hovering around 6-percent while the rest of state sits at just under 4 percent.

Mayor Liccardo thinks trains would also allow people who work in the Bay Area to commute quickly to cheaper housing in the central valley.

The median price of a home in the Bay Area is $867-thousand dollars. In the Central Valley - it is less than half - $320-thousands.

Mayor Liccardo said, "If we can't make this Valley to Valley connection, it doesn't matter how much or how little is spent on this system, it will be wasted.

San Francisco's Metropolitan Transportation Agency is still moving forward with plans to bring high speed rail and CalTrain to the center through a 1.3 mile tunnel from Fourth and King Streets.

SFMTA Director Edward Reiskin said, "I think it's past the point of no return."

"The case for high speed rail will only grow over time as the freeways get more congested, as the population grows, I think there will be more impetus and more momentum towards getting high speed rail done," said Reiskin.

In the meantime, work goes on in the Central Valley, with fingers crossed for a Bay Area connection someday.

Barring no more major delays, the High Speed Rail Authority expects to be carrying passenger between Bakersfield and Merced by 2027. 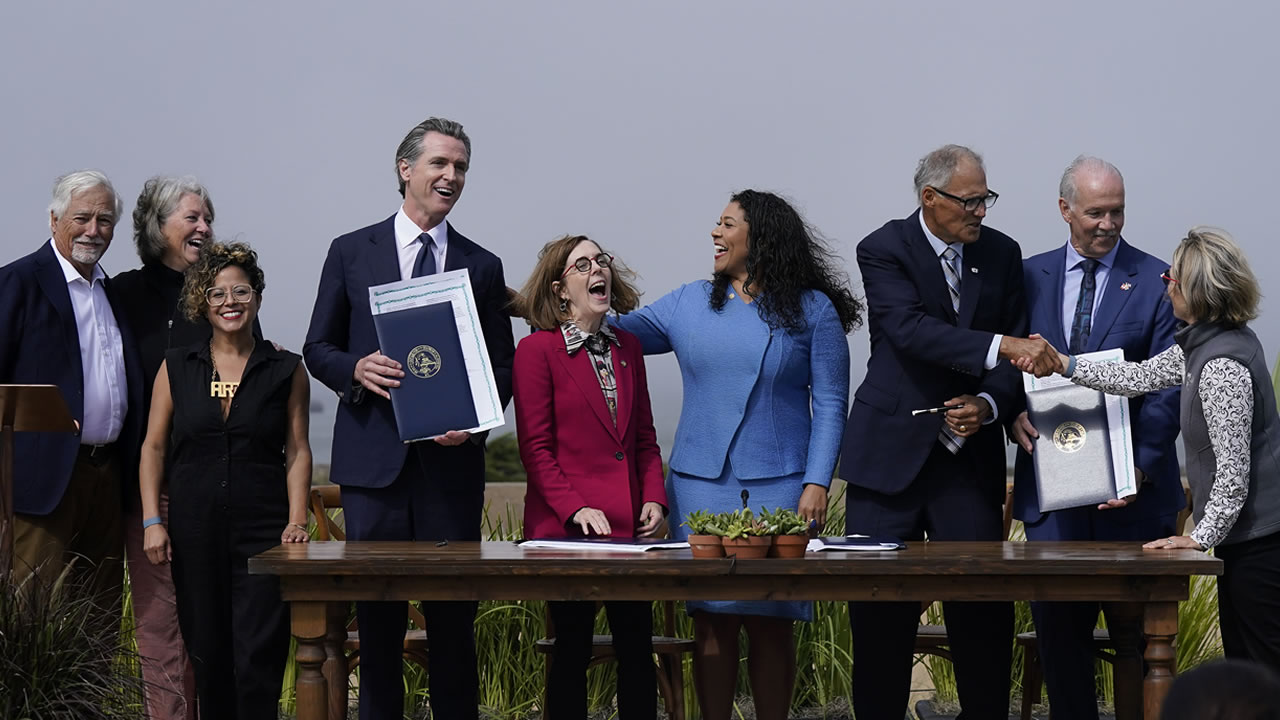