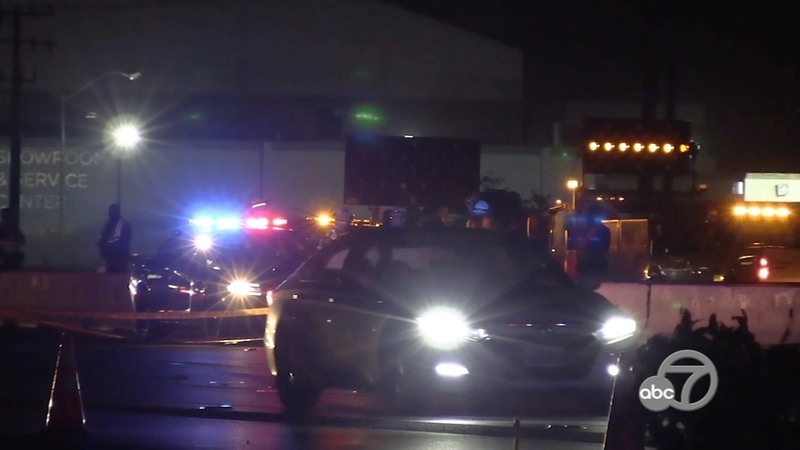 MILLBRAE, Calif. (KGO) -- Several northbound lanes of Highway 101 near Milbrae were closed after a deputy hit and killed a DUI suspect who was trying to run away.

The CHP says they stopped a black Honda Civic around 10 p.m. Tuesday. Officers did a DUI test on the driver, but when they tried to arrest him, he took off.

Officials say he ran across southbound lanes, jumped over the median, and while trying to cross northbound lanes, a San Mateo County Sheriff's deputy hit him.

An investigation is still underway.