The significance of the fashion at the last presidential debate 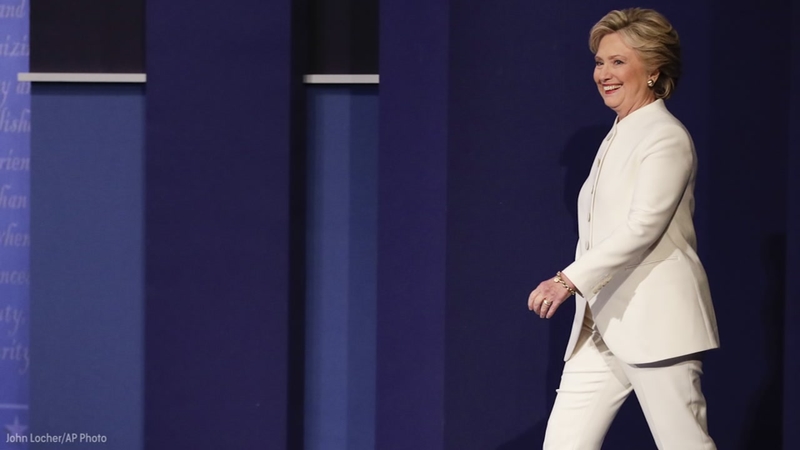 The significance of the fashion at the last presidential debate

Donald Trump and Hillary Clinton faced off for the last time in Las Vegas on Wednesday, and the candidates didn't just make their statements on the podium. The political rivals also used their fashion to express themselves.

According to Booth Moore, a senior fashion editor for The Hollywood Reporter and Pret-a-Reporter, Trump's outfit - dark suit, white shirt and red tie - was meant to send a message.

"The red tie is about the most traditional inside-the-Beltway GOP male power uniform you can get," Booth told ABC News. "Seems to be trying to show he belongs."

Clinton wore an all-white pants suit to the debate, a look that is believed to be a nod to the women's suffrage movement.

"The choice of a white suit for Wednesday's debate harkened back to the not-so-distant past, when suffragists wore white to promote their struggle to gain the right to vote," said Moore.